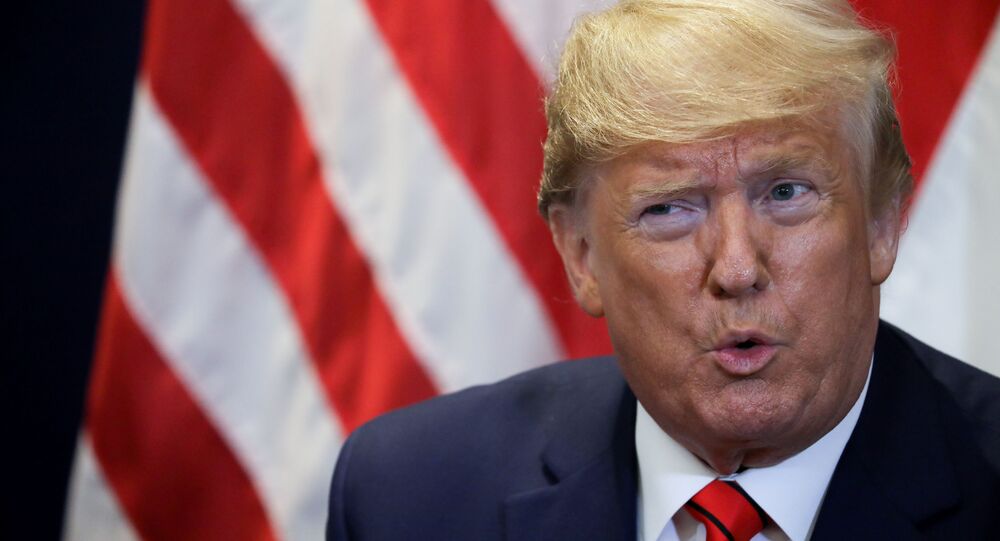 The White House is expected to release both the original whistleblower complaint and the Inspector General (IG) report related to US President Donald Trump's July phone call with Ukrainian President Volodymyr Zelenskyy by the week's end.

Hours after House Speaker Nancy Pelosi announced the Democrats would begin pursuing a n"official impeachment inquiry," a senior administration official reportedly revealed to Politico that in addition to a "complete, fully declassified and unredacted transcript" of Trump's phone call with his Ukrainian counterpart, the White House would also deliver the whistleblower's complaint and the IG report to Congress.

This also followed a rare bipartisan, unanimous vote by the US Senate calling for Trump to hand over the whistleblower complaint.

Despite US law stating that the Director of National Intelligence (DNI) "shall" deliver a whistleblower disclosure to Congress' intelligence committees, the DNI refused to do so and reportedly told House Intelligence Committee chairman Rep. Adam Schiff that the note pertains to “conduct by someone outside of the Intelligence Community."

Trump has reportedly attempted to get in front of the House Democrats proceedings by personally contacting Pelosi, according to NBC News' Heidi Przybyla.

The exact words I was given were that Trump said he’d like to “figure this out.”
Pelosi said: “Tell your people to obey the law.” https://t.co/p8VHHV5GfN

However, on Twitter, 45 accused the Democrats of staging another "Witch Hunt" and purposefully timing their announcement to overshadow his speech during the 74th United Nations General Assembly.

The Trump-Zelenskyy call transcript, which received Kiev's approval Tuesday afternoon, is expected to be released to Congress on Wednesday.

Trump Says US Goal ‘Not to Go With Endless Wars’