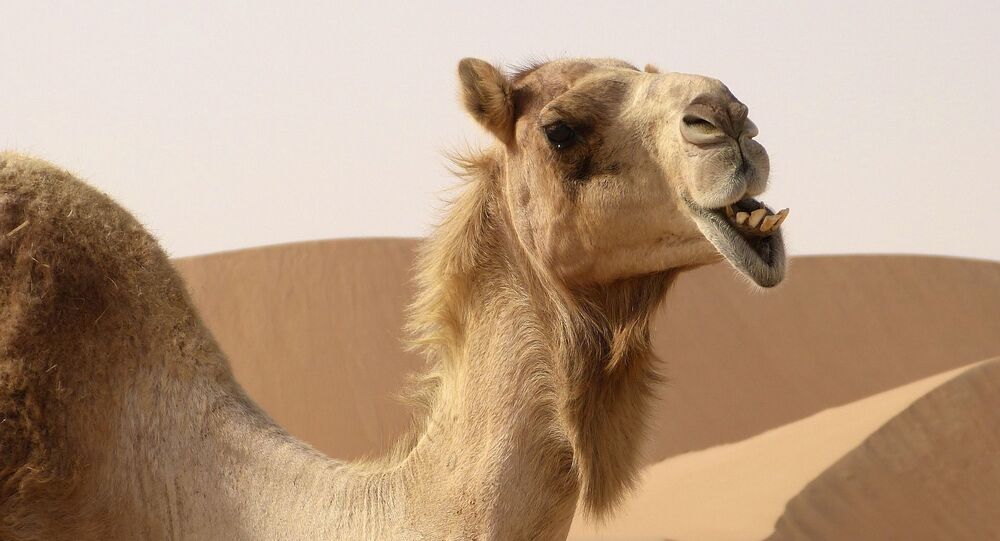 Price of Freedom? Woman Bites Camel's Balls During a Scuffle With the Animal

The woman who bit the creature was sent to a hospital, though the extent of her injuries remains unclear, while the injured camel awaited a veterinarian's visit.

A bizarre incident took place at a truck stop in Grosse Tete, Louisiana where a woman ended up biting a camel in its most intimate part during a too-close-for-comfort encounter with the creature, WAFB reports.

The altercation occurred when a deaf dog belonging to one couple managed to get into the camel's enclosure located at the stop.

The couple chased after the dog into the enclosure and found themselves facing the agitated camel; and then, as the media outlet puts it citing Sheriff Stassi, "somehow, the camel sat on the woman", which in turn led to her, "possibly out of self-defense," biting the creature's testicles.

However, a manager at the truck stop named Pamela Bossier argued that the couple broke into the enclosure, causing the camel to panic, and that they were throwing dog treats inside the camel's living space.

"It was just crazy.To the point of why would somebody do that?" she said.

The sheriff also said that the biter was sent to a hospital, with the full extent of her injuries currently being unknown to the public, while Bossier added that a veterinarian was going to check on the bitten animal.

The camel, whose name is Casper, has reportedly been staying at the truck stop enclosure since summer 2018 when he replaced the venue's previous attraction, Tony the Tiger.