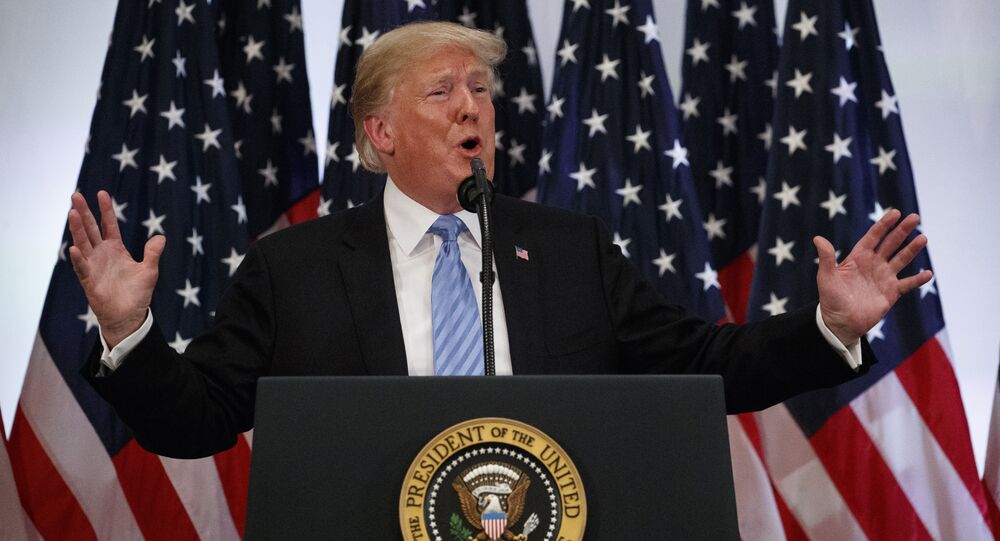 The White House previously hinted that the US president might meet his Iranian counterpart during the General Assembly amid escalating tensions between the two countries.

US President Donald Trump told journalists he has no plans to meet with Iranian officials, including President Hassan Rouhani, during a session of the United Nations General Assembly in New York, which takes place on 24-30 September.

The Iranian mission previously stated that Rouhani was not expected to hold a meeting with Trump, responding to media reports about possible negotiations during the session.

US administration officials repeatedly said that the presidents might meet in order to ease tensions, claiming that Washington is ready for talks about a new nuclear deal without any preconditions. Tehran, however, said that after the US withdrawal from the 2015 nuclear accord, the US cannot be trusted and has refused to negotiate another agreement.

Trump announced the US pullout from the Joint Comprehensive Plan of Action (JCPOA) in May 2018, and subsequently reimposed sanctions on the Islamic Republic.

© AP Photo / VAHID SALEMI
An Iranian security official, dressed in protective clothing, walks inside the Uranium Conversion Facility, just outside the city of Isfahan, 410 kilometers, (255 miles), south of the Iranian capital Tehran in this Wednesday, March 30, 2005

Exactly one year after that, Iran suspended some of its obligations under the accord and threatened to drop some more if the European sides to the JCPOA failed to shield the country from US sanctions.

The American military has boosted its presence near the Iranian border and established a maritime coalition this summer after several incidents in the Gulf of Oman, which led to a further deterioration of ties between Washington and Tehran.

US Issues Visas to Rouhani, Zarif for Next Week’s Meetings at UN General Assembly - Iran Mission