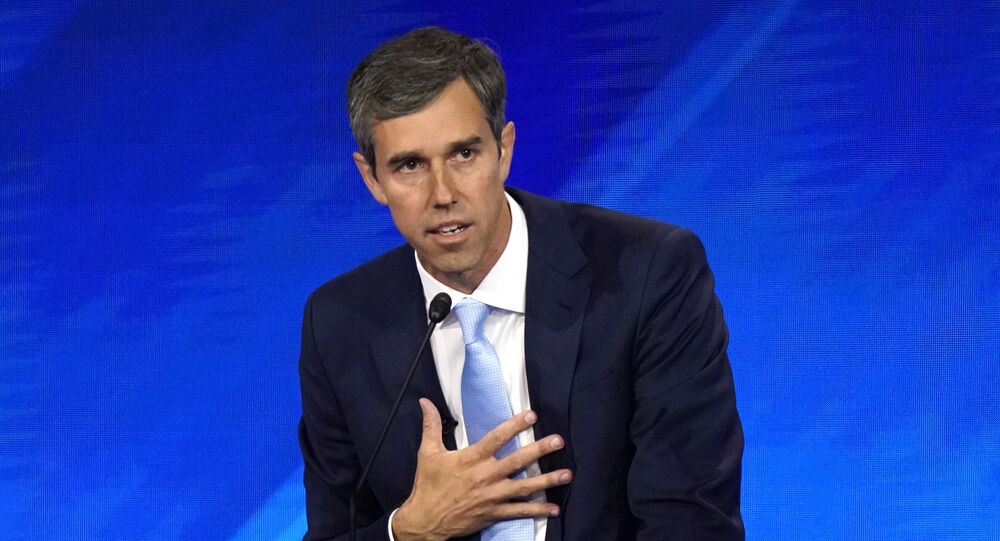 Democrats are reportedly wary about O’Rourke’s persistence regarding a mandatory gun confiscation proposal, believing that it could give the Republican Party leverage. They also say it could be used by the National Rifle Association (NRA) to raise money and members and to fight efforts to impose tougher background checks and other measures that might reduce gun violence.

“I think we should be focused on the stuff that we can get across the finish line, and I think that was a bit of a gift to the NRA,” Sen. Martin Heinrich told The Hill.

The NRA has already unleashed ads in response to O’Rourke’s proposal, with one ad dubbing the former Texas congressman “the AR-15 salesman of the month,” suggesting that his comments would prompt a rush to buy the rifle.

“Let’s give him points for honesty,” Republican Rep. Thomas Massie said in response to a question posed by The Hill. “That is what nearly every person in there that’s for what they call ‘common sense gun control’ would prefer. They would prefer to take every single gun back. That is a recipe for destroying this country is what that is.”

Under O’Rourke’s plan, which made headlines earlier in September, Americans who own assault-style weapons would be required to sell them back to the government. Anyone who refuses or fails to forfeit those firearms would be fined. He has also proposed a licensing system in which gun owners would have to complete firearms safety training and register their weapons.

Some Democrats think the idea is good politics for O’Rourke and that it won’t hurt Democrats nationwide.

Jon Reinish, a Democratic strategist and former aide to Sen. Kirsten Gillibrand, argued that it would have little effect on Democrats' electoral prospects in 2020, when the party is hoping to capture not only the White House but also a Senate majority.

“[A mandatory buyback program] is where voters happen to be. Voters of both parties do not want or approve of having weapons of war on the streets, in Walmart, in their schools,” he said, adding that the pool of voters Democrats stand to lose from promoting such policies is relatively small.

However, Senate Minority Leader Charles Schumer dismissed the plan in a conference call with New York reporters this week, but said it should not stop Democrats from moving forward on other measures.

“I don't know of any other Democrat who agrees with Beto O'Rourke, but it's no excuse not to go forward,” Schumer said on the call. His comments were first reported by the Albany Times Union.

Sen. Joe Manchin, who co-authored background checks legislation with Sen. Pat Toomey in 2013, said O’Rourke is “one human being” who gave his opinion but insisted that it was harmful to make it look like all the Democrats support the proposal. “I can tell you one thing: Beto O'Rourke's not taking my guns away from me. You tell Beto that, OK?” he said.

How Democracy Left the Democratic Party

Eurasia Centre Vice-President: Democratic Party Is Not in Touch With Needs of American Public