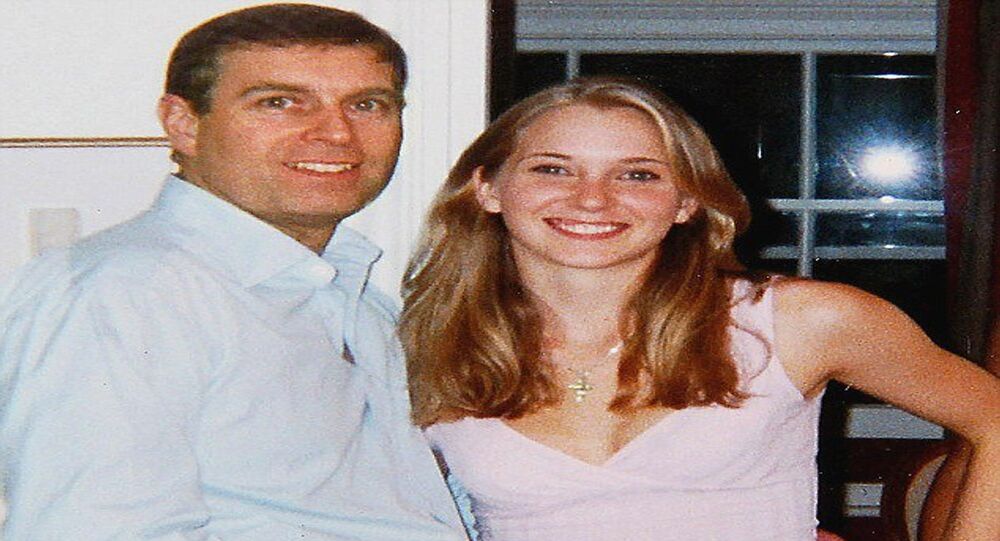 Queen Elizabeth’s son and Duke of York Prince Andrew has been in hot water since August over his alleged link to deceased American sex offender Jeffrey Epstein, after one of the financier’s victims, Virginia Giuffre, publicly claimed that she was forced to have sex with the British royal at the age of 17.

Virginia Roberts, now Giuffre, who is one of Jeffrey Epstein’s most prominent underage-sex accusers, has given her first public TV interview, along with another five of the financier’s other alleged sex victims, where she reaffirmed her claims that she was forced to have sex with Prince Andrew while she was only 17, according to a teaser for NBC’s episode of Dateline that will air on 20 September.

“Ghislaine said, ‘He’s coming back to the house. And I want you to do for him (Prince Andrew) what you do for Epstein.’” Virginia Roberts Giuffre shares details about her previous encounter with Prince Andrew at Ghislaine Maxwell’s London townhome. pic.twitter.com/IZVYaIfdTt

​In the interview, Giuffre, who in August raised her allegations against the British royal in a Manhattan court, described in detail her first encounter with Prince Andrew back in 2001 in Ghislaine Maxwell's London townhouse.

“He was an abuser, he was a participant”, said Giuffre, reaffirming her claims that she had sex with Prince Andrew on three occasions, while being procured as Epstein’s “sex slave” by his lover Ghislaine Maxwell, who directed her to have sex with a number of powerful men, with the British royal also allegedly being in the list.

“The first time in London, I was so young. Ghislaine woke me up in the morning and said, ‘you're gonna meet a prince today’”, explained Giuffre in an interview. “I didn't know at that point that I was going to be trafficked to a prince”.

“We went out to Club Tramp. Prince Andrew got me alcohol, it was in the VIP section, I'm pretty sure it was vodka. He was like, ‘let's dance’ I was like, ‘OK’. We leave club Tramp and I hop in the car with Ghislaine and Jeffrey. She says, ‘He's coming back to the house and I want you to do for him what you do for Epstein’", Giuffre, who is now 35 years old, revealed. “I couldn't believe it”.

She then said that upon arrival to Ghislaine's townhouse, she and the prince had sex both in the bathroom and the bedroom.

Prince Andrew, who is Queen Elizabeth II's second son and the Duke of York, has repeatedly and vehemently denied Giuffre's accusations, arguing that they were “without foundation” and “categorically untrue”.

The statement from Buckingham Palace previously said that “The Duke of York has been appalled by the recent reports of Jeffrey Epstein's alleged crimes. His Royal Highness deplores the exploitation of any human being and the suggestion he would condone, participate in or encourage any such behaviour is abhorrent".

Giuffre’s charges against Prince Andrew were struck out of a lawsuit by a judge, who branded them "immaterial”.

Prince Andrew came under increased scrutiny last month following the death of Jeffrey Epstein, a convicted sex offender and trafficker, to whom he allegedly was connected in relation to sexual acts committed against minors. The British royal has denied all the accusations brought against him.