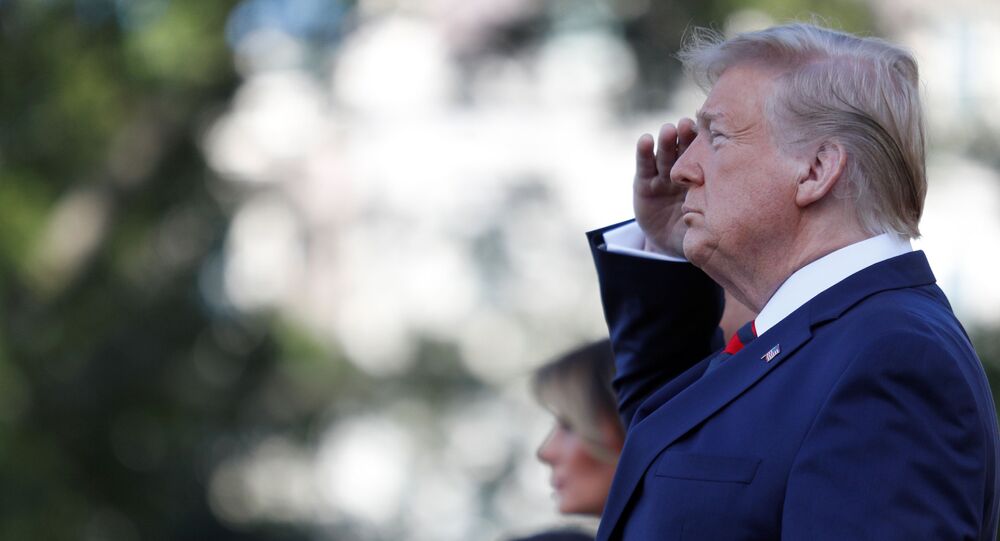 Despite Yemeni Houthi militants claiming responsibility for the attack on Saudi refineries, Washington continues to insist that Tehran was behind the act. Iran has slammed the accusations as "unacceptable and entirely baseless".

The US Defence Department will brief President Donald Trump on 20 September on a "broad range of military options" to respond to recent attacks on Saudi oil facilities, which Washington attributes to Iran without presenting any proof to substantiate the claim, the Associated Press reported. The options will reportedly include a list of potential airstrike targets inside the country, but also other non-military options.

According to the news agency, Pentagon officials will also warn Trump that picking the military option might spark a full-fledged war between the two countries.

The US president himself said that he has "many options" on the table regarding how to respond to Iran, ranging from the "ultimate option", which he explained was "war", to others "a lot less than that". Earlier, he stated that Washington is "locked and loaded" to respond to the attack once Saudi Arabia points the finger at the "culprit" behind it.

Riyadh has presented pieces of the drones and missiles used in the recent attack on Saudi Aramco facilities, claiming that they are of Iranian origin. Tehran has demanded that the Saudis present evidence for them to study themselves, dismissing the accusations otherwise.

Despite the Houthis claiming responsibility for the attack on Saudi Aramco’s facilities, US Secretary of State Mike Pompeo claimed that the alleged Iranian attack on Saudi refineries was an "act of war" and called for Tehran to be held to account in a joint statement with Saudi Crown Prince Mohammed bin Salman Al Saud.

Tehran has vehemently denied involvement in the incident, with Foreign Minister Javad Zarif slamming the US claims for trying to divert attention away from the real issues in the region. Zarif later cautioned Washington, saying that any strike against the country would result in Iran starting an "all-out war" against the attacker.

The attacks, which took place on 14 September, damaged Saudi Aramco's oil refineries, cutting the country's daily crude output in half, reducing it to 5.7 million barrels per day. The incident sent oil prices soaring amid fears of crude shortages. Yemeni Houthi militants claimed responsibility for the attack shortly after the incident.

After President’s Death in Saudi Arabia, Will Tunisia Recover $60 Mln in Gold Looted By His Widow?