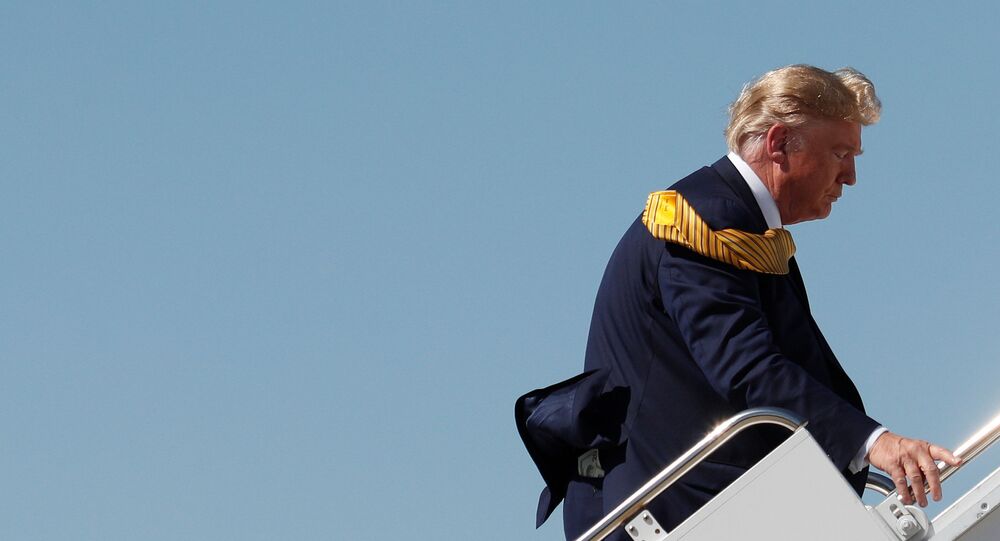 The 45th president was photographed with bills hanging out of his pocket while he was boarding Air Force One in California where he was visiting to raise money for his 2020 presidential re-election campaign.

You don’t see a lot of all people carrying cash in their pockets today, let alone paying in it. It is no wonder that when a photo of Donald Trump with 20 dollar bills in his back pocket appeared on the web, the first question he received at a press gaggle was: “Do you carry cash in your pocket?” I do, he said, pulling out a large wad of cash out of his pockets, according to a pool report.

Trump confessed that he didn’t really use cash much, but said he likes to carry a little something for altruistic purposes.

The US president also said that he doesn’t carry a wallet, because he hasn't used credit cards for a long time. The businessman-turned-politician was impressed that the photographer was able to capture the moment.

The story was then quickly picked up by social media, with some users praising the photograph’s skills and Trump’s desire to help people.

Wow! Seriously. You know what they say, a picture is worth a thousand words!!
Holy S Reuters published it! Photo: Tom Brenner

​Other users found nothing extraordinary in the fact that the US leader gives tips and criticised Trump for his careless handling of money.

Tipping is a vital national institution in the USA so what on Earth is all the fuss about?

Who puts money in their back pocket 🤷‍♀️

Still others were surprised to see 20 dollar bills.