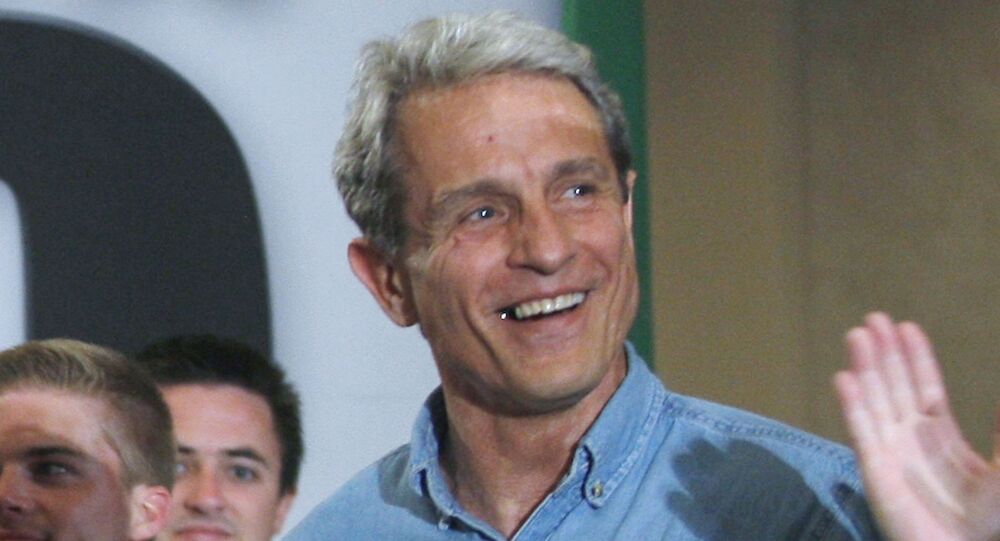 Ed Buck, a prominent Democratic Party fundraiser and activist in southern California, has been charged in the 2017 death of a man he provided with a lethal dose of methamphetamine at his West Hollywood home.

Buck, a longtime Democratic activist and fundraiser in the Los Angeles area, was charged Thursday with three felony counts - battery causing serious injury, administering methamphetamine and maintaining a drug house - according to a press release by the US attorney’s office in Los Angeles.

“The case against Mr. Buck alleges that he provided Gemmel Moore with a lethal dose of methamphetamine,” US Attorney Nick Hanna told reporters, KCAL reported. The charges allege Buck “brought Mr. Moore to LA with the purpose of engaging in sexual activity,” agreeing to pay him in cash and drugs, Hanna said.

TMZ reported Buck appeared in court in a blue jumpsuit, of the kind used to protect prisoners at risk of attack by other inmates.

Moore, 26, died on July 27, 2017, in what the coroner's office initially ruled to be an accidental meth overdose due to drug paraphernalia found at the scene of his death, and so officials declined to charge Buck in his death.

The decision proved controversial, with critics alleging Buck was protected from charges due to his political connections and because his victims were black and gay.

“Like America, the LGBTQ community is divided along racial lines, and that is reflected in West Hollywood. It is still not as welcoming to people of color and specifically those who are black,” activist Jasmyne Cannick told the Los Angeles Times earlier this week. “It took outside forces to bring change.”

In January, a statement by 50 LGBTQ groups and allied organizations “insist[ed] that the Los Angeles County Sheriff’s Department and Los Angeles County District Attorney’s office conduct a thorough and impartial investigation” into the deaths of Moore as well as 55-year-old Timothy Dean, another gay black man who died under similar circumstances just days before the statement was released.

Dean’s death caused the Sheriff's Office to reopen the case and begin a deeper investigation into Buck. But in the end, prosecutors decided to only try and charge Buck with Moore’s death.

“Under state law, however, we determined there was insufficient admissible evidence to hold Mr. Buck responsible for the deaths of Mr. Moore and Mr. Dean,” LA County District Attorney Jackie Lacey told reporters Thursday. “Ultimately, we arrived at the conclusion that there were more options under federal law that could carry a lengthier prison sentence.”

The federal charges could prove much more dangerous for Buck. If convicted of all three charges, he would face a minimum of 20 years in federal prison and a maximum sentence of life without parole.

Buck was arrested on Tuesday on similar charges, including that he “provided narcotics to a series of other men, one of whom suffered two overdoses several weeks ago,” the Times reported.

“From his home, in a position of power, Buck manipulates his victims into participating in his sexual fetishes,” prosecutors wrote in court papers made public earlier this week, the Times reported. “These fetishes include supplying and personally administering dangerously large doses of narcotics to his victims.”

Buck did not enter a plea on Thursday because his arraignment was continued until October 11, KCAL reported, noting he was being held on $4 million bail.

However, the Daily Beast noted that federal prosecutors indicated they’d identified another 10 victims of Buck, nine of whom were coerced in a manner similar to Moore.