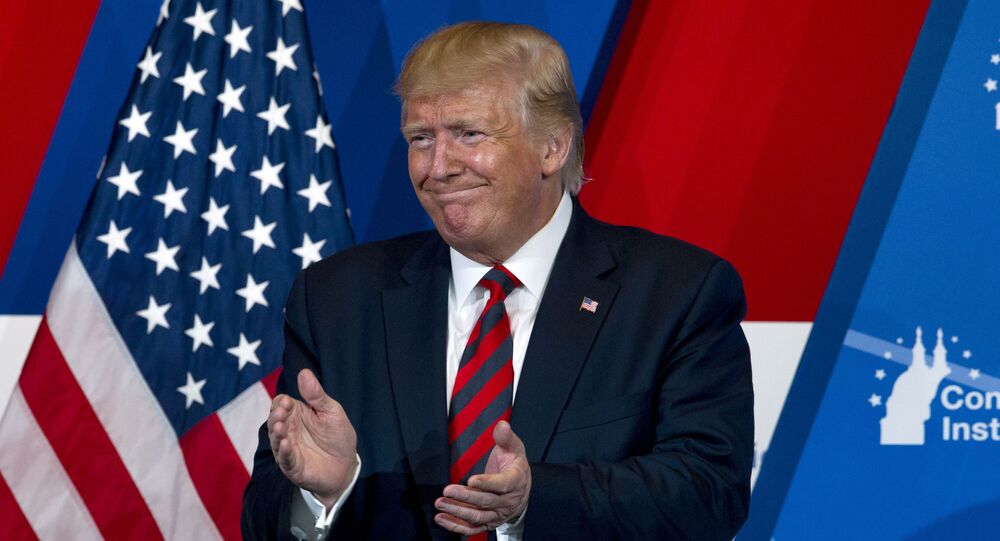 The US president has already faced several attempts by Democrats to start the impeachment process, all of which were unsuccessful after having failed to gain broad support in the House of Representatives.

Richard Painter, the former chief ethics lawyer at the White House for the Bush administration, has praised the efforts made by House Judiciary Committee Chairman Jerry Nadler, who recently held the first hearing on a planned impeachment attempt against Donald Trump.

"It’s happening, Donald Trump is getting impeached", Painter stated, while commenting on an outtake from the hearing, where Nadler lambasted the reluctance of subpoenaed former Trump's campaign manager, Corey Lewandowski, to answer questions.

It’s happening,@realDonaldTrump is getting impeached. Anyone who doesn’t support @JerryNadler and the work of his committee has no respect for the Constitution. https://t.co/KeoUfRxOIr

Painter further argued that anyone who doesn't support Nadler's impeachment efforts directed against Trump "has no respect for the Constitution".

At the end of the mentioned hearing, Nadler slammed Lewandowski for resorting to seeking the help of "Trump's lawyers", arguing that it was another attempt at obstruction of justice by the president's administration.

"Lewandowski showed the American public in real time that the Trump Administration will do anything and everything in its power to obstruct the work of the Congress. Make no mistake, we will hold President Trump accountable", Nadler said.

Some Congressional Democrats have initiated another attempt to impeach Trump, trying to prove he is complicit in obstructing justice – something that the two-year-long Mueller probe neither failed to prove nor refute. At the same time, Democratic party leaders and House Speaker Nancy Pelosi believe it's too early to launch an impeachment attempt against Trump just yet, as it would be doomed to fail.

If impeachment gains the support of the Democrat controlled House of Representatives, the Senate, currently controlled by Republicans supporting Trump, will be tasked with holding a trial against Trump. To find him guilty, 2/3 of the Senate must vote for such a ruling. So far, no US president has been successfully impeached.

Just 11% of US Voters Believe House Will Impeach Trump, Down From 29% - Poll