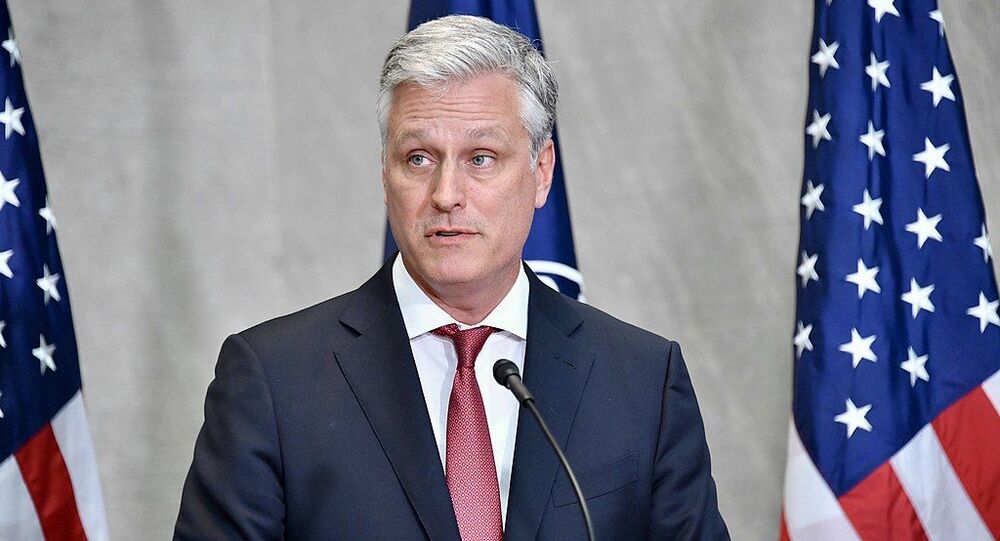 Trump announced that he had sacked his previous National Security Adviser John Bolton via Twitter on 10 September, although the latter claimed to have resigned himself. The US president then insisted that Bolton had made several mistakes and failed to get along with important people in the administration.

US President Donald Trump announced that he’s appointed US Special Presidential Envoy for Hostage Affairs Robert O'Brien to be the new National Security Adviser instead of John Bolton. He praised O'Brien's work in the latter’s current position, adding that he will "do a great job" in the new role.

I am pleased to announce that I will name Robert C. O’Brien, currently serving as the very successful Special Presidential Envoy for Hostage Affairs at the State Department, as our new National Security Advisor. I have worked long & hard with Robert. He will do a great job!

O'Brien is a seasoned official when it comes to foreign policy issues, serving as US Alternate Representative to the UN General Assembly and represented the US in the GA's Committee working on the Convention on International Terrorism under President George W. Bush.

During Trump's tenure, O'Brien was first appointed as Secretary of the Navy in 2017, but was later redirected to serve as Special Presidential Envoy for Hostage Affairs in May 2018. In this position he even went to Sweden in a bid to provide assistance to American rapper, ASAP Rocky, whose real name is Rakim Mayers. The latter was convicted of assault in the country, but was released without jail time.

The previous National Security Adviser, John Bolton, was fired by Trump on 10 September, although the official himself claimed to have resigned himself. The US president later noted that Bolton failed to get along with important people in his administration.

Trump further recalled several of Bolton's mistakes, such as suggesting the Libyan model of disarmament for the denuclearisation of North Korea and getting "way out of line" on Venezuela. At the same time, POTUS argued that there will be no softening of US foreign policy with Bolton's departure, noting that he was way tougher on certain issues than his former national security adviser, who was "holding him back".