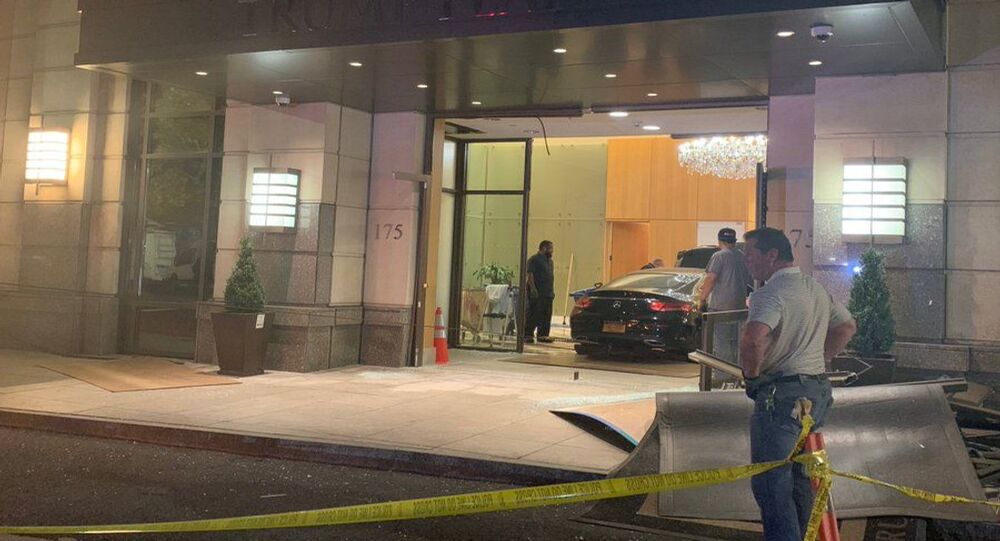 A black Mercedes-Benz smashed into the lobby of Trump Plaza in New Rochelle Tuesday night, injuring two people and the driver, police said.

The incident occurred at around 8:50 a.m. when an out-of-control black Mercedes-Benz slammed through the glass-door entrance of the 40-storey luxury residential building on Huguenot Street and into the marble lobby.

A New Rochelle Police Department spokesman said the crash did not appear suspicious, but remains under investigation. The driver was injured and was being questioned by police, WBDJ reported.

A video clip posted to Twitter by CBS New York reporter Tony Aiello showed the vehicle sitting inside the main lobby and the entrance of the tower shattered and damaged.

“Workers at Trump Plaza New Rochelle say after car plowed into lobby, make [sic] driver got out and took a seat on a sofa. Said nothing", Aiello tweeted.

The driver of a car that crashed into the lobby of Trump Plaza in New Rochelle, NY, got out and took a seat on a sofa, according to staff. https://t.co/INapEvErVv

Trump Plaza New Rochelle was opened in 2007. The 40-storey luxury building was developed by Cappelli Enterprises under a licensing deal with the Trump Organization.