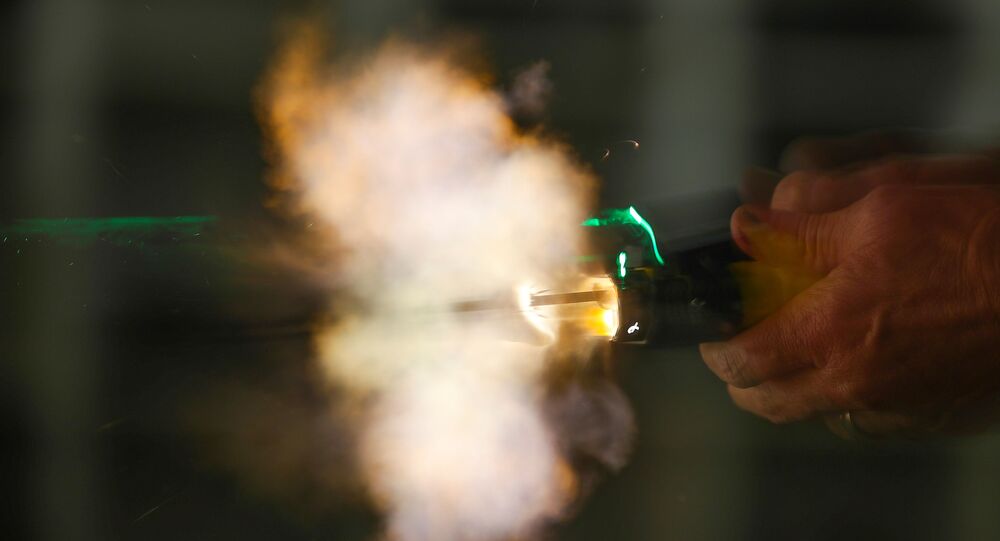 In an effort to minimize Taser-related deaths and maintain practical de-escalation procedures, US police departments across the country are beginning to test a device that looks more like something off Batman’s utility belt than a modern police tool.

Wrap Technologies’ BolaWrap, a handheld remote restraint that deploys an 8-foot Kevlar tether rope at 640 feet (200 meters) per second to apprehend suspects, has caught the attention of several US police departments and is being lauded as the future of de-escalation devices due to its non-lethal, simplistic usability.

Forces such as Minnesota’s Chaska Police Department, which began testing the device late last year, believe the BolaWrap is the perfect alternative to the traditional Taser stun gun, which deploys two barbed darts that latch on to an individual and delivers a paralyzing, and sometimes fatal, jolt of electricity.

"The moment I saw this device, I knew that we needed to have it," Chaska Police Chief Scott Knight told the Star Tribune last year. "This is one of the biggest advancements I've seen in my 43-year career. I wish I'd had this tool when I was an officer."

According to the department’s test of the BolaWrap, the restraint tool had a 90% success rate versus the Taser, which only deployed correctly around 50% of the time. When the Kevlar tether rope is deployed from the handheld device, the rope wraps around the individual, and the hooks, which appear similar to fishing hooks, attach to the suspect’s clothes.

Approximately 1,081 US deaths have resulted from police use of the Taser, which became widespread in the early 2000s, according to a February report from Reuters. A total of 84 Taser-related deaths by the hands of police officers were reported last year alone.

Not keen to fall behind on the changing times and evolution of technology, Thomas Smith, co-founder of Taser International - now known as Axon Enterprise Inc. - actually joined Wrap Technologies back in March 2019.

The move and backing by Smith may hint at a loss of faith in the Taser, which is particularly dangerous to those with certain medical conditions and individuals on medication or under the influence of other drugs.

"Whether it is a Taser, pepper spray, baton ... there's been this gap created by the courts requiring that a higher level of force be used at the appropriate time," Smith told Reuters in a recent interview on the BolaWrap.

“This tool fits perfectly into that gap giving the officers another option to use before having to use that high level of force to end that conversation very early, very safely,” he added.

The company has received some questions from users on YouTube who wonder if the device will be practical for use on fleeing suspects, due to the fact that many demonstrations only show a static example. Additionally, the strength of the hooks has been brought into question, and some wonder if they will be able to latch onto skin if the individual being pursued is wearing little or no clothing.