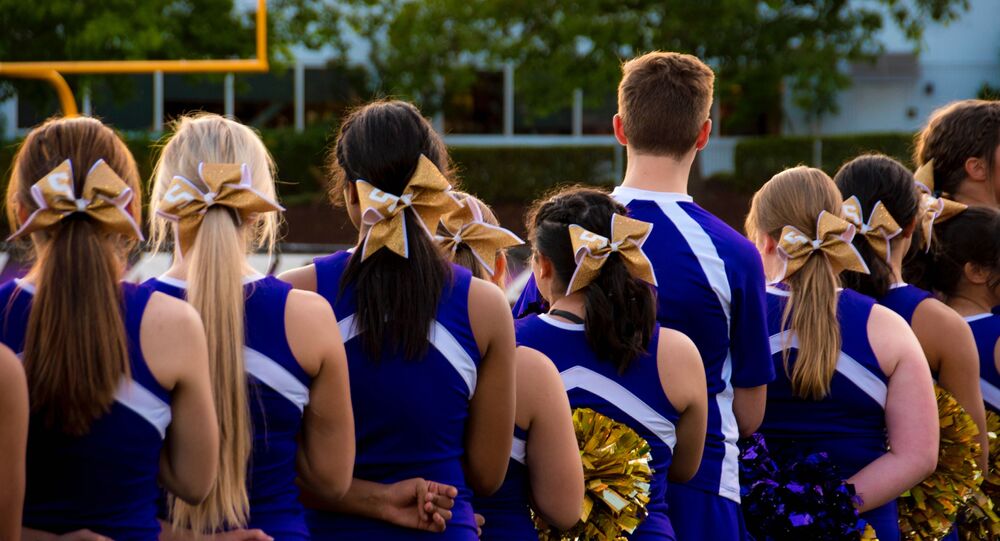 Members of the North Carolina’s North Stanly High School (NSHS) cheerleading team have been put on a probationary period for the remainder of the football season after a photo supporting US President Donald Trump circulated and made some individuals “uncomfortable,” according to local news.

Prior to the August 30 football game between North Stanly and Piedmont High Schools, NSHS cheerleaders were seen taking a break from the pre-game routine for a pro-Trump photo op with two other teens sporting “Make America Great Again” hats.

Though not much fuss was made during the actual game, the Stanly News & Press reported that local individuals began to “feel uncomfortable” after seeing the image circulate on social media.

Several netizens took issue with the high school students’ choice of venue for the photo and argued that that there was a time and place for everything.

“Why in the world would the school board allow this to happen. I am sad and very disappointed with NS. This is a High School football game not a political rally. Shame on them,” Carla Harris Ross commented under a photo of the incident posted on Facebook by Brandi Bennett.

Raishelle Williams echoed a similar sentiment and asked, “What was the purpose?? This should not have been allowed & Not because it’s Trump(maybe),but because it’s a school sponsored event which could’ve caused discourse amongst the students and/or fans. Just silly.”

Not everyone was necessarily against the teens’ decision to take the polarizing photo and began to question other adults’ views on free speech.

“You should be ashamed of yourself. Leave those girls alone. There’s nothing wrong with them supporting the president who has definitely done more for blacks then any other president especially Obama,” Facebook user Bubba Deberry claimed under Bennett’s photo. “Sad? The only thing sad is that u have a problem with patriotism.”

NCHSAA Commissioner Que Tucker suggested to the Stanly News & Press that the cheerleaders may have made people feel as if they were not in a “wholesome, athletic environment.”

“We take that to mean that it’s in an environment where good sportsmanship is shown, where people feel safe … that respect for all people participating is being shown.”

However, locals were left confused, because just as the superintendent announced the disciplinary action, he also told the outlet that the cheerleaders did not violate the student code of conduct.

Over 1,000 individuals who oppose the vague probationary decision have banded together and listed themselves as “interested” or “going” to a September 20 “Support for the North Stanly High Cheerleaders” Facebook event.

“Please come out and help me show the school and the NCHSAA that freedom of speech is not dead. Please bring all your Trump and MAGA gear and lets throw our support behind the North Stanly High School cheerleaders,” reads the description.