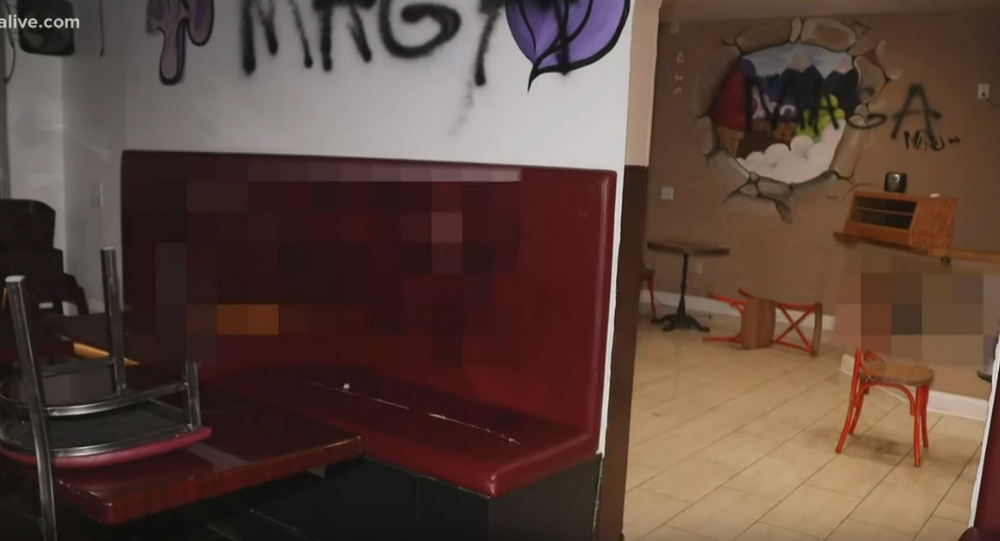 A former NFL player is being accused of insurance fraud and vandalism after evidence revealed he may have staged the racially-motivated break-in and burglary of his own Georgia businesses.

As if the pitfalls of US actor Jussie Smollett’s staged hate crime were not enough of an example, 31-year-old Edawn Coughman of Buford, Georgia, is alleged to be the latest individual to make fraudulent claims and diminish the credibility of future reports of race-based violence for personal gain.

Gwinnett County Police officers arrested Coughman, who owns multiple Create & Bake Pizza franchises and the Coughman’s Creamery in the area, on September 11 following a burglary-in-progress call from a witness around 9:30 p.m.

Officers immediately became suspicious when they arrived at the joint Create & Bake Pizza and Coughman’s Creamery location in Lawrenceville and found the ex-NFL player, who was wearing a hoodie and gloves, was also operating a black Chevy Silverado without license plates.

Nevertheless, Coughman quickly identified himself as the owner of the businesses and claimed he was there to retrieve a few items from the stores because there had been a break-in earlier that day, including several flat screen televisions with their mounting screws still attached, which police said they saw in Coughman’s vehicle.

Upon entry to the business, cops found swastikas and the words “MAGA,” “Monkey” and “N****r” spray-painted on the shops’ booths and walls. Police reported that the “racially motivated comments and symbols” were still moist to the touch.

Due to the highly suspicious nature of the incident, the responding officers determined that crimes did not take place earlier in the day as Coughman claimed, but instead occurred shortly before they arrived on the scene.

The 31-year-old was ultimately arrested and charged with insurance fraud, false report of a crime and concealing a license plate.

The following day, a search warrant was issued on his vehicle, which was impounded to Gwinnett County Police Headquarters, and investigators discovered a crow bar and multiple cans of black spray paint.

“It’s possible he was trying to stage this as a hate crime,” Cpl. Michele Pihera told the Gwinnett Daily Post (GDP). “We don’t know if he was trying to get attention for this. What we do know is, if that witness had not called us and if those officers had not responded as quickly as they did, we would probably be sitting here talking about a completely different crime in which Mr. Coughman would be trying to say he’s a victim.”

While police were not notified of the break-in that Coughman claimed occurred earlier in the day, he did report the incident to his insurance company.

Coughman made bond and was released from jail on Thursday and is awaiting trial, along with the possibility of additional charges.

“Coughman is presumed innocent like anyone else who is accused of a crime," attorney Jackie Patterson said, according to Complex. "[D]on't prejudge him without knowing all the facts”

“This diminishes those cases in which we have true victims of hate crimes,” Pihera said. “We wanted to make sure we got in front of this to explain to the community that this was not a hate crime, we believe that Mr. Coughman was responsible for the vandalism inside the business.”

US Using Immigrant Detention ‘As Attrition or Defense Mechanism,’ No Longer ‘Last Resort’