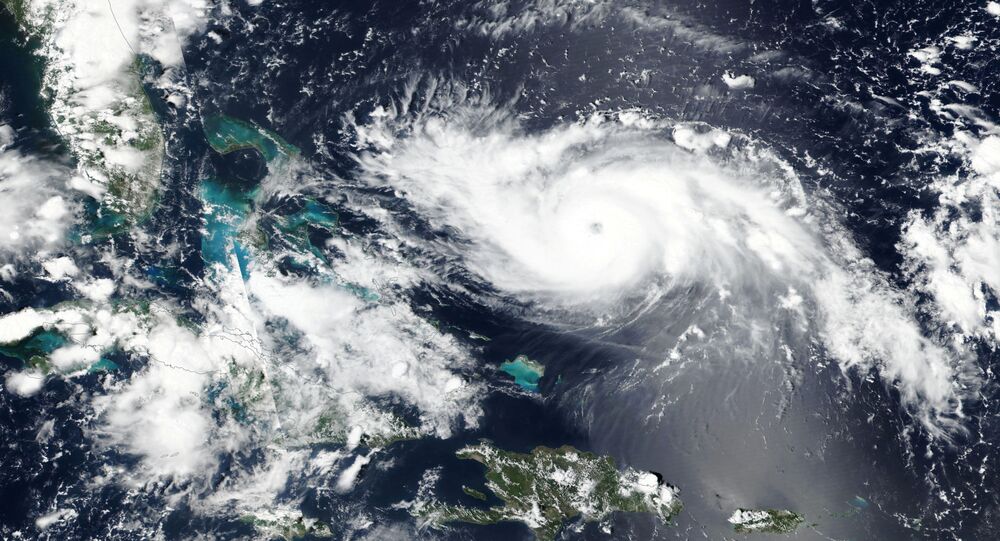 The US National Hurricane Centre (NHC) said earlier that Tropical Storm Humberto, while no threat to land, is churning some 165 miles (265 kilometers) east-northeast of Cape Canaveral, Florida, and 180 miles (289 kilometers) north-northwest of Great Abaco Island in the Bahamas.

According to the US-based meteorologists, Humberto currently has maximum sustained winds of 65 mph (104 km/h) and is currently moving north at 7 mph (11 km/h).

"Gusty winds in squalls are still affecting portions of the northwestern Bahamas. These winds should subside later today", the NHC said.

The NHC warns, however, that Humberto, although far from land, may become a powerful hurricane by Sunday night or Monday morning. Currently, the storm is moving away from the northwestern Bahamas.

"A sharp turn to the northeast is forecast to occur Monday morning or afternoon, followed by a motion toward the northeast and east-northeast on Tuesday and Wednesday [...] On the forecast track, the center of Humberto will continue to move away from the Bahamas and remain well offshore of the east coast of Florida through Wednesday", the NHC said.

🌀 Evolution of the #Humberto NHC forecast cone of uncertainty. Keep in mind that the cone is based on forecast accuracy over the past 5 years, and the entire cyclone track is expected to remain within the cone roughly 60-70% of the time. pic.twitter.com/TA044d3Z6O

The tropical storm could cause large swells over the next few days, as well as dangerous surf conditions in Florida, Georgia and South Carolina, according to the NHC.

The Bahamas felt the impact of Humberto, with briefly shuttered small airports, and some locals seeking shelter, Fox News said.

The tropical islands are still recovering from the aftermath of powerful Cat 5 Hurricane Dorian that devastated local infrastructure, bringing destruction and havoc to a tropical paradise. According to official estimates, Dorian killed dozens and left some 70,000 homeless.