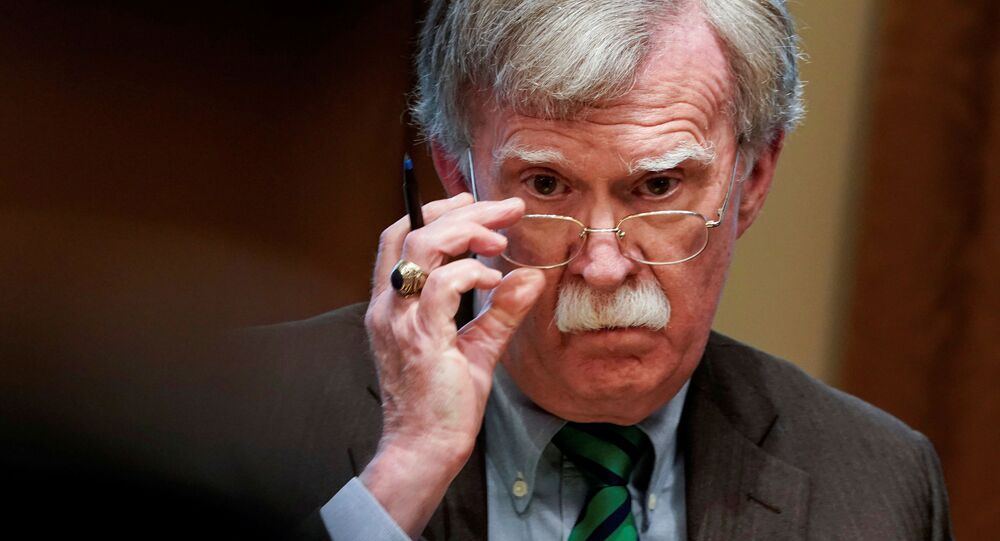 John Bolton, who joined the White House last year as National Security Advisor, is known for his support for US interventions, often putting him at odds with the diplomatic approach of President Trump. He has voiced support for applying the "Libya model" to North Korea Leader Kim Jong Un, who Trump has a consular relationship with.

Former US National Security Advisor John Bolton has taken the fight to President Trump by endorsing five alternative Republicans presidential candidates for the November 2020 elections, declaring a $10,000 donation to each of these candidates hoping 'to primary' the President, Bolton announced in a press release on Friday.

“The experience that these incumbent members of Congress have provides them with a remarkable understanding and knowledge of the threats we face from international terrorism and rogue regimes such as Iran and North Korea" Bolton said in the Friday press release.

The release also emphasises the importance of understanding the "threats" of "rogue regimes such as Iran and North Korea", a jibe directed at the president for his tendency to negotiate with traditional adversaries of US administrations.

The announcement was made on Friday as part of Bolton's return to the political scene as head of his former political funding organisations: John Bolton PAC and John Bolton Super Pact, after his departure from the White House.

While Bolton was traditionally viewed as among the more 'hawkish' members of the Trump administration, Trump claimed on Thursday that Bolton's firing was due to him "holding back" the President on Venezuela and Cuba.

An ongoing divergence between Bolton and the Trump administration materialised on Twitter on Tuesday over differing accounts of his departure from the White House the same day, with the former national security advisor claiming that he offered to resign while the president saying he made the decision to let Bolton go due to disagreements.

I informed John Bolton last night that his services are no longer needed at the White House. I disagreed strongly with many of his suggestions, as did others in the Administration, and therefore....

The decision to fire Bolton was made due to a clash with the president over sanctions on Iran on Monday. Trump and Treasury Secretary Steven Mnuchin supported easing sanctions to restart negotiations with the Iranian leadership, while Bolton wished to block avenues for diplomacy, as reported by Bloomberg.

John Bolton built his career and reputation through taking a hawkish stance towards Iran as well as towards North Korea and Venezuela, positions which are antithetical to some of those held by President Trump, who in recent history has opposed committing the US to foreign conflicts, such as when he called off an airstrike on Iran in June.