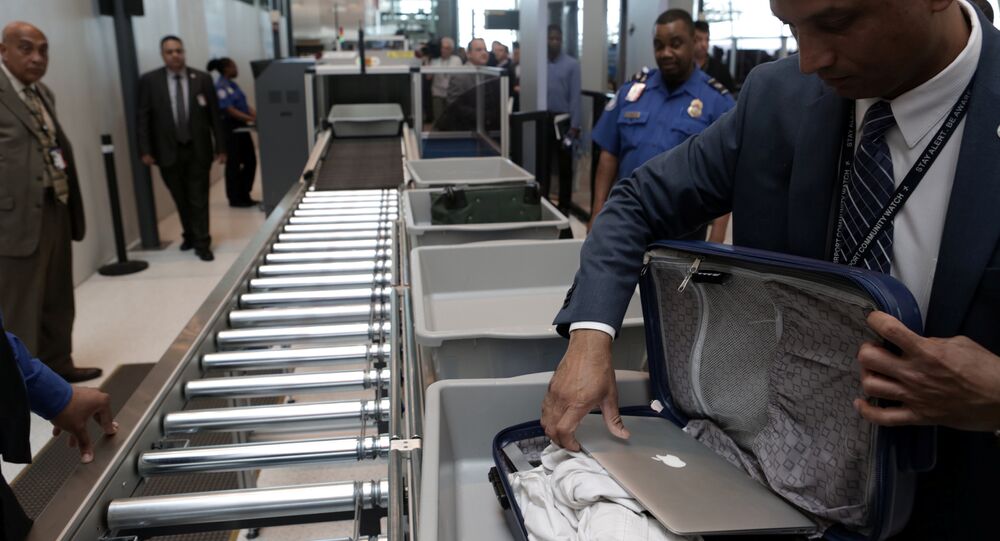 ‘Did You Meet With Terrorists?’: Muslim New Jersey Mayor Detained for Hours by CBP

The mayor of a New Jersey town says he was held by US Customs and Border Protection (CBP) for hours, questioned and had his phone confiscated after returning from a trip to Turkey, all because he is Muslim.

Mohamed Khairullah, who has been the mayor of Prospect Park, New Jersey, for 13 years, told the North Jersey Record Friday that he was detained for more than three hours last month after disembarking from a flight from Turkey at New York’s JFK International Airport.

The CBP agents questioned Khairullah, a Syrian-American who’s lived in the US for 27 years, about his family, background and business in Turkey, among other things.

The mayor said one of the questions asked of him was: “Did you meet with terrorists?”

“It was definitely a hurtful moment where I’m thinking in my mind that this is not the America that I know,” Khairullah said. “I am very familiar with our laws and Constitution, and everything that was going on there was a violation.”

“The story of our lives during the Islamophobic Trump era,” Khairullah wrote on his official Facebook profile in a Friday post sharing the Record story.

#njmornings #ProspectPark Mayor Mohamed Khairullah says he was held for three hours at JFK International Airport last month, questioned about whether he knew any terrorists and forced to hand over his phone. Story today @News12NJ pic.twitter.com/bfn7RDkqUX

The civil servant’s phone was also confiscated by the CBP, and it took him 12 days to get it back after he secured the help of a lawyer from the New York chapter of the Council on American-Islamic Relations.

“CBP believes they can do what they want at the border, but even their own policies say there needs to be reasonable suspicion to do an intrusive search of the phone,” CAIR-NY Litigation Director Ahmed Mohamed told the Record.

A CBP spokesperson told the outlet Friday he was constrained by the Privacy Act from discussing specific cases, but that the agency “treats all international travelers with integrity, respect and professionalism while keeping the highest standards of security.”

“Meet the American Mayor who happens to be a Muslim,” the 44-year-old’s reelection page bio says. Khairullah fled from Syria in 1980 with his family, first going to Saudi Arabia and then the US in 1991. He has a long legacy of public service in the US, from serving as a volunteer firefighter to winning his small town’s mayorship in 2006. He also does humanitarian work, including visiting refugee camps in Syria, Turkey and Bangladesh to raise money and awareness and deliver supplies.

However, Khairullah’s trip to Turkey was purely personal: he, his wife and four kids visited relatives displaced by the war in Syria, toured historic sites in Istanbul and hung out at a beach.

Since the 1990s, Muslims and people of Middle Eastern and North African descent have faced increasing scrutiny from US border security officials, with profiling as an increased terorrism risk rising precipitously after the September 11, 2001, attacks, the 18th anniversary of which was commemorated earlier this week. While CBP and the Transportation Security Administration (TSA) maintain that they don’t discriminate based on perceived nationality or religion, those perceived to be Muslims have noted over the years a dramatically higher rate of being “randomly selected” for additional screening by security officials.

In March 2017, US President Donald Trump issued a blanket ban on immigration from several Muslim-majority countries and strict quotas on several others. The travel ban was ordered suspended by a US federal court, and the issue was fought in the courts for several years before the US Supreme Court upheld a modified version of the ban in June 2018.

Most recently, the group Muslim Advocates brought a lawsuit against CBP last month alleging it had failed to comply with a Freedom of Information Act request that sought information about the organization’s anti-Muslim discrmination.