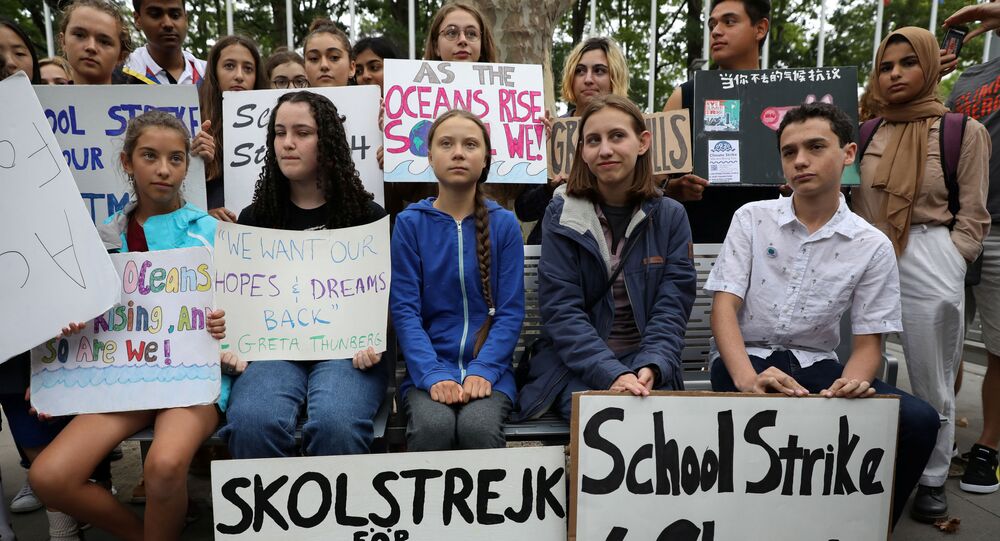 Swedish climate activist Greta Thunberg joined dozens of youths at the White House on Friday in an attempt to air their collective grievances regarding the Trump administration’s lack of concern about the growing climate crisis.

The demonstration, which is a part of the Fridays for Future movement kicked off by Thunberg in August 2018, started at roughly 11:00 a.m. local time near the White House before the group began their planned march toward 1600 Pennsylvania Ave.

Footage from the demonstration shows Thunberg within a sea of individuals holding up signs that read “Climate Change is Deadly” and “Bombs Accelerate Climate Change,” among various other signage that bashed lawmakers.

​Thunberg previously announced via Twitter that she would be joining in on the Friday demonstration, which comes just one week before a series of global climate strikes are slated to begin on September 20.

​During her six-day visit to the US capital, Thunberg is expected to join fellow activists in lobbying Congress on environmental matters, a representative for the young activist told The Hill in a statement earlier this week.

Speaking to “CBS This Morning” Tuesday, the 16-year-old activist stressed that world leaders need to “step out of [their] comfort zone” so that they can properly address the current climate crisis.

“We also need to be outside of our comfort zone to prevent the worst consequences from happening,” she said. “What I want people to do now is to become aware of the crisis that is here. I tell world leaders the science, and how it looks like.”

Thunberg made headline news in mid-August after she began a 15-day voyage across the Atlantic Ocean on an emissions-free yacht to New York ahead of her much-anticipated speech at the United Nations Climate Action Summit.

Will Harvey Finally Force Action on Our Climate Crisis?