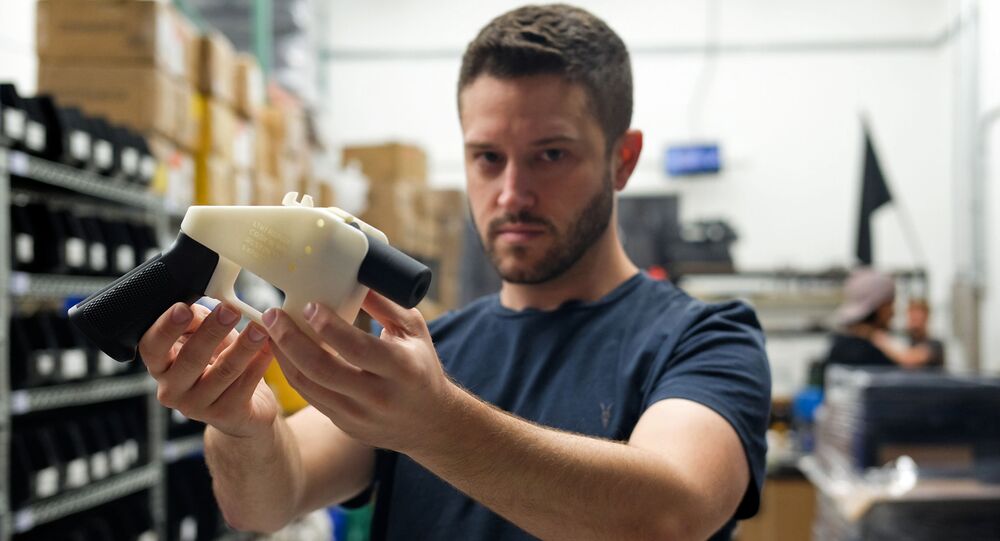 The company Defense Distributed, which presents itself as a “defence contractor in service of the general public”, has been distributing plans for 3D printable guns since 2012.

Cody Wilson, the 31-year-old founder of Defense Distributed, which creates blueprints for “untraceable” 3D printed guns, pleaded guilty to a lesser charge of seven years of probation for having sex with an underage girl, according to Travis County Assistant District Attorney Joe Frederick.

Wilson met a girl online who was 16 years old at the time on the website SugarDaddyMeeting.com, which has a mandatory age of 18 to register.

They met at a coffee shop in Austin and then had sex in a hotel room, after which they were seen together leaving an elevator at the Texas venue. The girl, whose name was not released by the court, received $500 for sex.

Wilson claimed that he did not know that the girl was underage due to the website’s “18 years old” policy. The website has not commented on the issue yet.

The Defense Distributed founder will remain out of prison due to a plea deal, but will still be required to register as a sex offender, pay a $1,200 fine and serve 475 hours of community service. Wilson also resigned from his company following his arrest last year while he was in Taiwan.

Defense Distribution is a private non-profit organisation and an open source that had been posting blueprints and plans to assemble guns that are able to remain unnoticed by security detectors for free, until it was obliged by a federal court to add a “pay what you want” option to the website. It defines itself as the “first private defence contractor in service of the general public”.

Wilson has described himself as a "crypto-anarchist", claiming that "governments should live in fear of their citizenry". He cannot own a firearm during his seven years of probation.