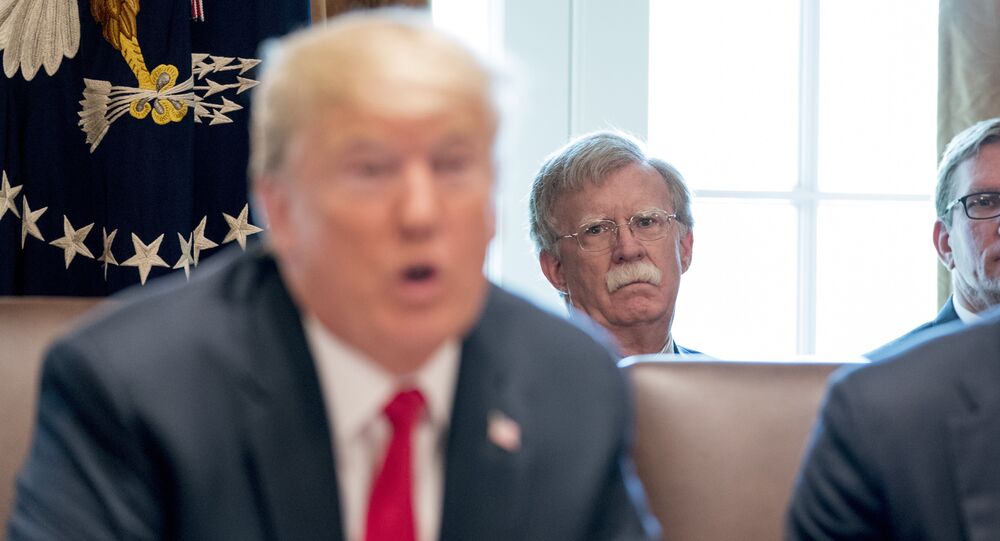 POTUS previously listed the problems that he had with Bolton as national security adviser, including that he was "way out of line" on the issue of Venezuela. Bolton was known for his hard-line stance on Venezuela, calling on its people to overthrow elected President Nicolas Maduro.

US President Donald Trump has once again commented on the departure of ex-National Security Adviser John Bolton and the subsequent possible changes to US policies. He said that Washington's stance on Cuba and Venezuela will not necessarily become softer with the former aide out of office.

In fact, my views on Venezuela, and especially Cuba, were far stronger than those of John Bolton. He was holding me back! https://t.co/FUGc02xiac

This is the second time that Trump has commented on Bolton's departure. POTUS said on 11 September that Bolton was "way out of line" on Venezuela and that he had "disagreed" with his adviser's "attitudes" on the topic, without elaborating. Previous media reports, based on the contributions of anonymous sources, suggested that Trump was angered by Bolton's attempts to drag the US into a war with the Latin American state.

Trump also revealed on 11 September that he and Bolton had different views on North Korea, another foreign policy issue important for the US president, and that the former adviser had difficulties in getting along with important people in his administration. At the same time, Trump characterised Bolton as a "tough guy", but "not necessarily tougher" than the POTUS himself.

Trump drags John Bolton: "John is known as a tough guy. He's so tough he got us into Iraq. That's tough." pic.twitter.com/95BRwBTsfM

The news of Bolton's resignation came on 10 September after Trump announced it via his Twitter page. The accounts of how it happened differ, with POTUS saying that he fired Bolton, and the former adviser claiming that he filed for resignation himself a day before.