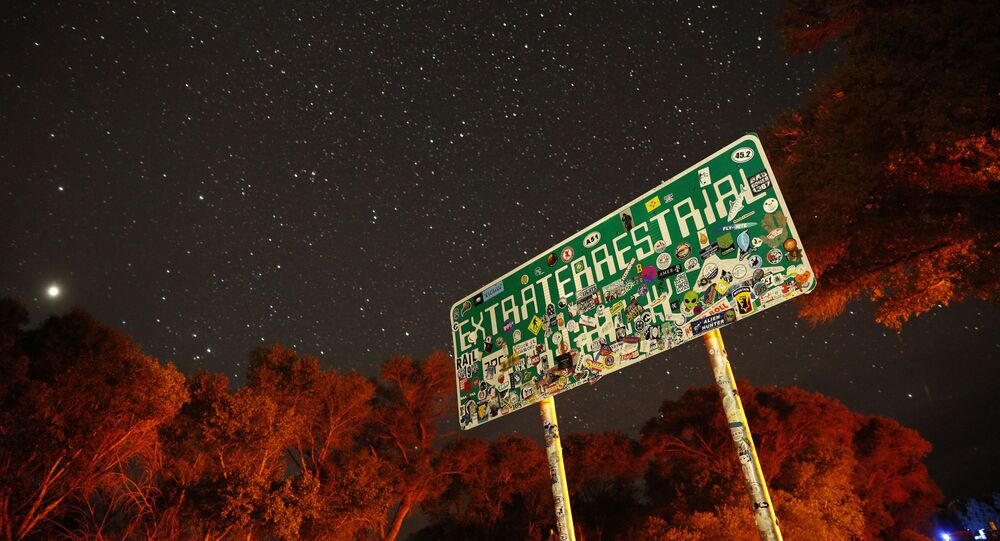 The famous “Storm Area 51” event that purported to prove the existence of UFOs by storming a secret US facility, allegedly concealing the truth from ordinary citizens has been cancelled, but that didn’t stop some participants from trying to enter the site.

YouTube star Ties Granzier and his companion Govert Charles Wilhelmus Jacob Sweep both from the Netherlands were arrested in Nye County on Tuesday for allegedly trespassing the Nevada National Security site near Area 51, the Nye County Sheriff’s office reported.

According to the information shared by the Sheriff’s office on Facebook, 20-year-old Granzier and 21-year-old Wilhelmus were arrested after their car, which was parked near the site’s gate, was detected approximately 3 miles into the Nevada National Security's property.

Several cameras, a drone and a phone were found inside the car as the men explained their penetration into the base despite seeing and understanding multiple “no trespassing” signs by saying they “wanted to see the facility”.

The media reported that Granzier and Sweep allowed deputies to review a video they had managed to film while being inside the secure area.

Ties Granzier, who is a YouTube and Instagram blogger, posted a picture of Grand Canyon on social media one day before the arrest where he wrote that he was heading to Area 51.

The Nevada National Security Site is located around 10 km from the famed Area 51 rumoured to conceal evidence of aliens’ existence. A satirical “Storm Area 51” event went viral on Facebook this summer with more than 2 million people signing up to participate and was planned to be held on 20 September. The event, however, was eventually cancelled after warnings from the US military, and subsequently transformed into a desert festival called “Alienstock” in Rachel, Nevada and “Storm Area 51 Basecamp” event in Hiko, Nevada. Both of these events were later cancelled as well due to security concerns from organisers and local citizens.

Despite the cancellation, Lincoln Country Sheriff Kerry Lee still made a comment to BuzzFeed that the department was preparing for the arrival of “numerous people” to the facility in the next few weeks.