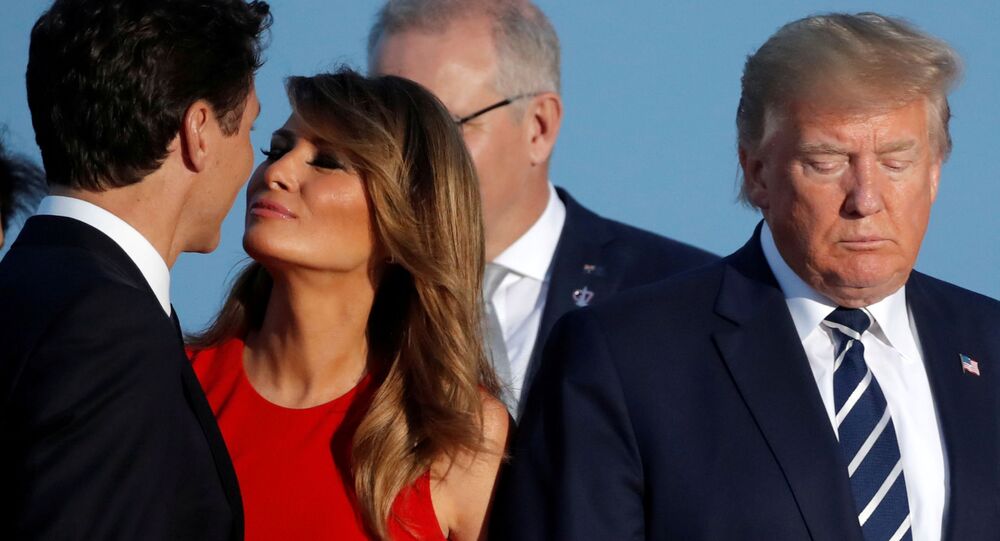 The gaze that the US first lady gave the Canadian prime minister while world leaders and their better halves were preparing for a group photo during the summit in Biarritz this year caused the imagination of netizens to run wild. Many suggested that she looked more than just charmed by her husband’s counterpart and occasional opponent.

The look that Melania Trump gave Canada’s Prime Minister Justin Trudeau at the G7 summit has given his mother Margaret Trudeau a good laugh, The Daily Beast reports. The woman, who was married to former Canadian Prime Minister Pierre Trudeau and is the mother to the country’s current head of government, noted that there was nothing unusual about the FLOTUS’ reaction.

“He is a tall glass of milk. Everybody likes to look at someone nice. They have met before. They have a friendship. He and Sophie [Justin Trudeau’s wife] like Melania very much. He’s always been my prince charming. But this is real life. He’s not just a pretty face, although that doesn’t hurt”, she said to the outlet, agreeing, however, that he is “pretty good-looking”.

Although she admitted that the photograph was cute and that “a picture tells a story”, she pointed out that it “doesn’t tell the whole story”.

“Donald Trump was right in front of Melania. She was getting ready for a cheek-peck I guess”, Trudeau’s mother suggested.
The proud mom also added that Melania Trump was not the only one who was pleased to be around her son, saying that “Angela Merkel looked at Justin in just the same way and there were no pictures of her”.

Previously, an image of Melania Trump and Canadian Prime Minister Justin Trudeau with a grumpy-looking US president in the background from the G7 summit lit up the Twitterverse's collective imagination. Some netizens believed that Donald Trump’s wife seemed too pleased to be kissing the Canadian politician to go unnoticed, as it spawned thousands of memes and jokes using the hashtag #MelaniaLovesTrudeau.