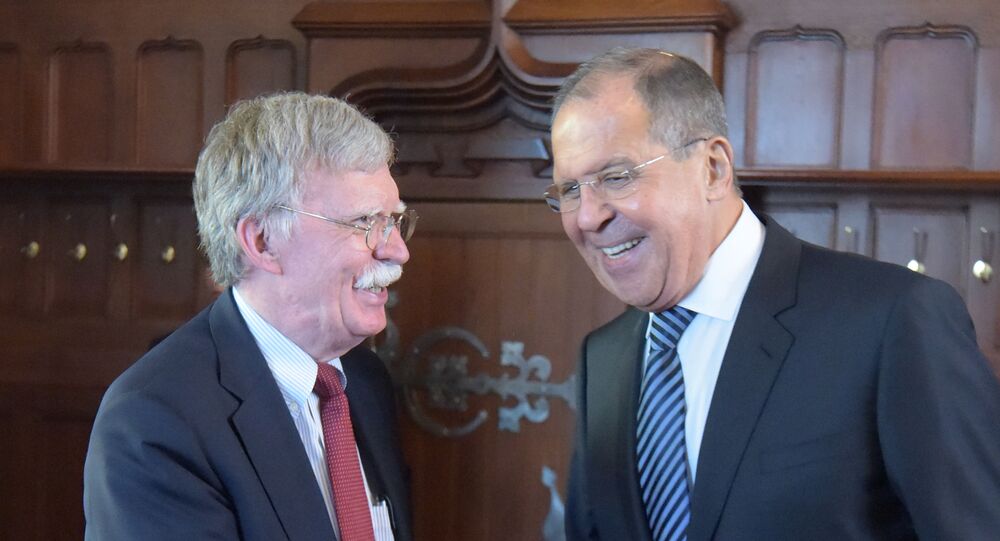 MOSCOW (Sputnik) - Outgoing US National Security Adviser John Bolton is a very pleasant interlocutor and competent person, but Moscow did not agree with him on most issues because of his harsh style that relied on forceful methods, Russian Foreign Minister Sergei Lavrov said.

"He [Bolton] is a very pleasant interlocutor, a very competent, very intelligent person, and it is interesting to talk with him. As for his political views, we did not agree on most issues with him, as he has a sharp forceful style, relying on military force methods", Lavrov said, when asked about his view on Bolton.

Bolton promoted many of such initiatives in relation to modern crisis situations, be it Venezuela, Iran or elsewhere, the minister added.

The statement comes a day after US President Donald Trump said Bolton’s services were no longer needed at the White House and asked him to resign. Trump also said he would announce Bolton's successor next week. However, Bolton claimed that he resigned on his own initiative.

Bolton, known for his hawkish reputation, reportedly called for an expanded military presence in Afghanistan, opposed Trump’s efforts to negotiate with North Korea and was against any potential engagement with Iran.

During his tenure as a national security advisor, the United States withdrew from both the 1987 Intermediate-Range Nuclear Forces (INF) Treaty with Russia and the 2015 Iran nuclear deal, re-applied sanctions on Tehran and launched a massive military buildup in the Persian Gulf. He also believed that the Monroe Doctrine was "alive and well," invoking a historical US policy that asserted Washington's control over the entire Western Hemisphere.