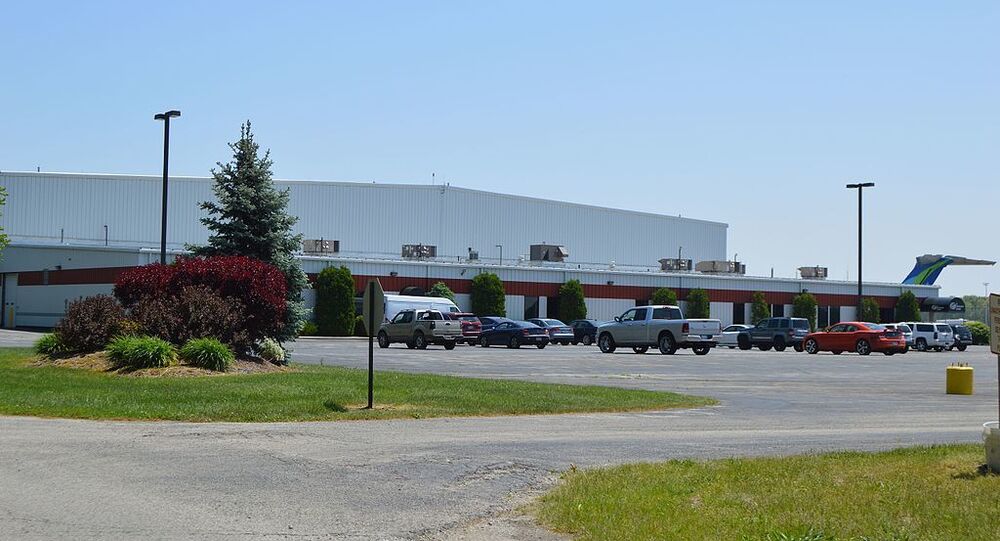 The plane took off from Tennessee's Millington-Memphis Airport and was preparing to land when it crashed, according to CNN, quoting a Federal Aviation Administration representative.

Joe Rotterdam, the port authority's manager of airline affairs, stated that officials haven't yet confirmed whether a distress call was made from the aircraft, adding that it's not clear whether there was a so-called black box with recorded data about the flight.

Photos and videos of the plane wreckage and fire after the crash have appeared online.

Wreckage from the plane crash just outside of Toledo Express Airport pic.twitter.com/g18GTogq9y

Just in footage|
Ohio Police and fire crews from multiple departments are responding to a cargo plane crash just outside of Toledo Express Airport.According to crews on the scene, that plane was a conveyor cargo plane. pic.twitter.com/rheG7j9Npk