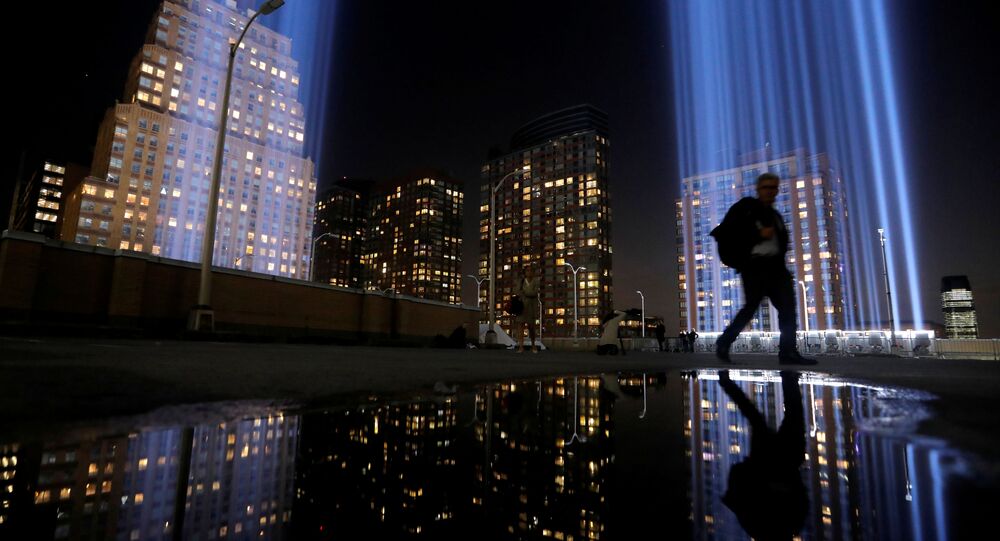 "It is part of the challenge for medical doctors to put forward a 100 percent puzzle relationship [between disease rate and exposure at the WTC], but there is no doubt that these really healthy men and women who went down there [the WTC] are getting cancers that are extremely rare and exceed any probabilistic model", Berger said on Wednesday.

According to Berger, illnesses that are directly related to the toxic fumes produced when the twin towers collapsed continue to push the 9/11 death toll up every week.

"Each week people die from cancers and directly from breathing in the dust", he said.

The Journal of the American Medical Association earlier in September released a study indicating that the rates of cardiovascular disease are higher for the firefighters with greater exposure at the WTC site, which was contaminated by dangerous toxins.

The dust, caused by the terrorist attacks, scattered into the air of Lower Manhattan with tonnes of construction debris, carcinogenic asbestos, glass, cellulose, as well as such chemicals as lead and mercury. The contaminants that filled the air of downtown New York for five months are known to trigger the development of cancer, serious respiratory illnesses, heart, kidney deterioration and other diseases.

Nearly 10,000 first responders and people who were in the proximity of the WTC on the day of the attacks have been diagnosed with cancer, and the number of deaths related to toxic dust exposure may soon outnumber the over 2,600 people killed in the towers, according to estimates by the Worker’s Compensation Institute.

Berger noted that while first responders are haunted by health problems today, back in 2001 US politicians used them to advance policies and campaigns.

"Politicians used the first responders to promote themselves and to try to get elected", he said.

He added that politicians also used the 9/11 terrorist attacks to justify violations of civil liberties, as well as ongoing and endless wars.

Berger, moreover, pointed out that the harm to people’s health has been followed by a lack of accountability for families of the victims and justice is nowhere to be found.

"It just seems the more time that goes by, the more difficult it is and more unlikely that anybody is ever going to be held accountable, let alone that the American public is going to find out what happened", he said.

Although a US bill, dubbed the Justice Against Sponsors of Terrorism Act, permits survivors and family members of victims to sue the government of Saudi Arabia for allegedly sponsoring terrorists, no one was held responsible for the people that died, Berger said, adding that this occurrence represents "a recurring scheme no matter what aspect of the 9/11 issue that you try to hold anybody accountable to".

In 2017, the families of 9/11 victims filed a lawsuit against Saudi Arabia over its alleged support for the al-Qaeda terrorist group (banned in Russia) and the facilitation of the terrorist attacks.

"At his point, the only actions that we can take that make a difference are in how we treat each other and how we interact with each other and in our willingness and ability to challenge the system in ways we [can] do that, [such as] running for office at local, state, national levels, supporting candidates who reflect your values and who are not part of the corrupt system", Berger concluded.

On 11 September 2001, terrorists seized four passenger planes, crashing two into the World Trade Centre in New York and another into the Pentagon. The fourth jet came down in a field in Pennsylvania after initially being directed toward Washington. Some 3,000 people from 90 countries lost their lives in the terrorist attacks.