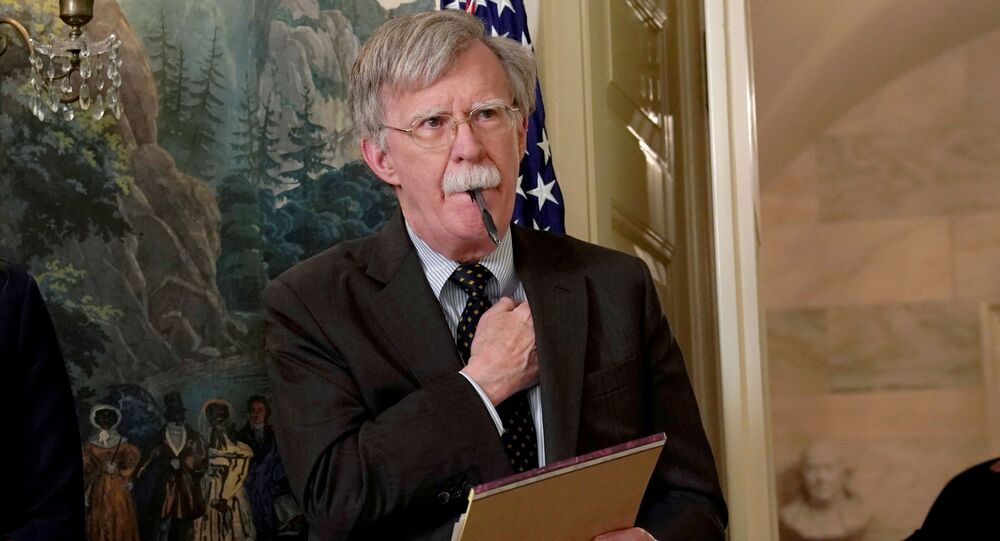 The US president took to Twitter to announce that John Bolton handed in his resignation this morning. According to Donald Trump, he told his aide that his “services are no longer needed”, admitting that he had disagreed strongly with many of his suggestions. In turn, Bolton stated that he had himself offered to resign.

The announcement that National Security Advisor John Bolton was asked to resign over disagreements between him and US President Donald Trump has sent shockwaves on social media. It left commentators and officials split on the matter, with some predicting a shift in US foreign policy.

Secretary of State Mike Pompeo commented on the decision, saying that “The president is entitled to the staff he wants”. However, he deflected when he was asked whether Bolton’s departure was prompted by disagreements between him and the president over the planned Taliban peace talks.

Another White House official, Treasury Secretary Steven Mnuchin, rebuffed the claim that “this national security staff” is "a mess" over Bolton suddenly leaving the administration.

“That’s the most ridiculous question I’ve ever heard”, he reacted.

One of the commenters, President of the International Crisis Group consultancy Rob Malley, warned that the realignment would affect US policy on Afghanistan, Iran, North Korea, and Venezuela. According to him, with Bolton gone, the voice that was whispering in Trump's ears and pushing for belligerence has “lost its loudest proponent”.

Republican Senator Rand Paul, who was one of Bolton’s most vocal critics, has echoed this stance, saying that he commends the US president “for this necessary action".

“The President has great instincts on foreign policy and ending our endless wars. He should be served by those who share those views”, he remarked on Twitter.

Even a congressman who left the Republican Party for its backing of Donald Trump, Justin Amash, welcomed the president’s decision, tweeting: “John Bolton never should have been hired. I hope the president’s next national security adviser will focus on securing peace, not expanding war”.

John Bolton never should have been hired. I hope the president’s next national security adviser will focus on securing peace, not expanding war.

​At the same time, CNBC's correspondent covering the Trump White House, Eamon Javers, cited an unnamed source close to the outgoing national security advisor as saying: “Since Ambassador Bolton has been National Security advisor over the last 17 months, there have been no bad deals".

“A pro-Bolton NSC official came to speak with reporters inside the West Wing when Press Secy Stephanie Grisham walked by, gave a look & said: 'Oh look, right outside my office' as she walked past”, he tweeted.

The announcement came hot on the heels of US media reports shedding light on the purported disagreements between the US president and Bolton over a now-cancelled planned meeting of US officials with the Afghan government and the Taliban movement at Camp David.

While Trump slammed media reports claiming that he had "overruled" US Vice President Mike Pence and advisors on the Camp David meeting as "fake news", he stated that the peace talks were "dead". Earlier, some media outlets suggested that Trump and Bolton had clashed over the US policies on Iran and North Korea. While Bolton has been known for his hard-line stance on Tehran, which has been described as "hawkish", Trump has never ruled out the possibility of holding talks with the leadership of the Islamic Republic, despite the escalation in tensions.