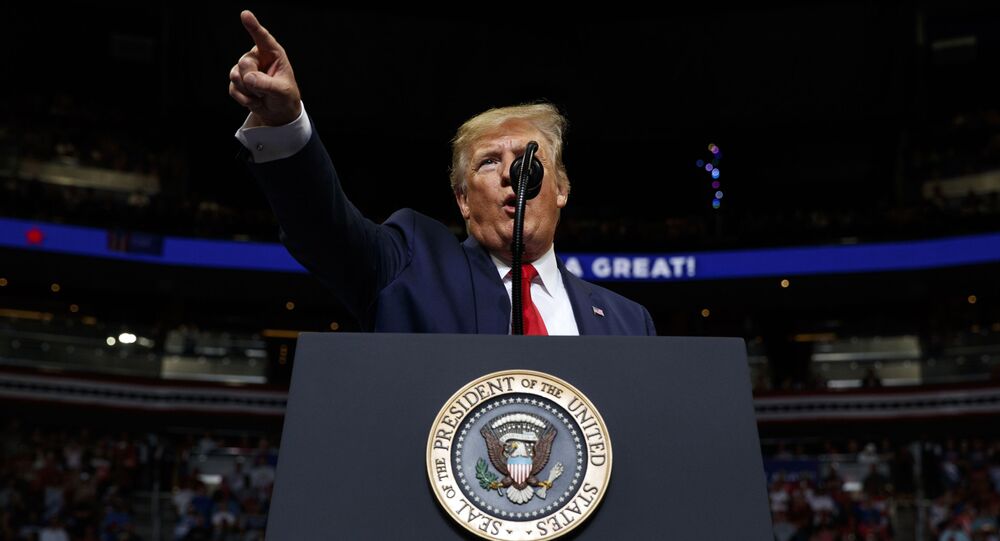 A Trump-favoured conservative network and a US mainstream media outlet have recently become embroiled in legal drama, as the former has blasted the latter for engaging in a tit-for-tat move meant to malign the company's business.

One America News (OAN) filed a $10 million lawsuit on Monday against MSNBC and host Rachel Maddow, saying that the MSM network intends to damage the American family-owned conservative media outlet due to its openly pro-Trump stance.

The defamation lawsuit, lodged after Maddow branded the "Trump-favoured" outlet "literally...paid Russian propaganda", noted that her claims were "utterly and completely false".

The complaint contends that the allegations were made in retaliation for OAN President Charles Herring’s criticism of MSNBC’s parent company, Comcast, for "anti-competitive censorship".

The suit suggests that despite OAN's growing popularity, Comcast has refused to carry the pro-Trump channel as part of its cable programming because it is at odds with MSNBC's "liberal politics", thus preventing its audience from "hearing a different viewpoint".

In the lawsuit, the company's attorneys also made reference to Kristian Rouz, one of their correspondents and a former contributor to Sputnik, who was mentioned on "The Rachel Maddow Show" on 22 July - exactly one week after Herring's critical email.

Opening her show, the prime-time host referred to a Daily Beast article reporting that Rouz was contributing to Sputnik, claiming that "in this case, the most obsequiously pro-Trump right-wing news outlet in America really literally is paid Russian propaganda".

One America News, which bills itself as an independent media organisation that provides Americans with a "conservative alternative to the major liberal news outlets", is not the only right-wing media to have been targeted for its backing of Trump. The current US administration has repeatedly accused Big Tech of "suppressing voices" of conservative commentators, journalists, and even vloggers, "hiding information and news that is good".