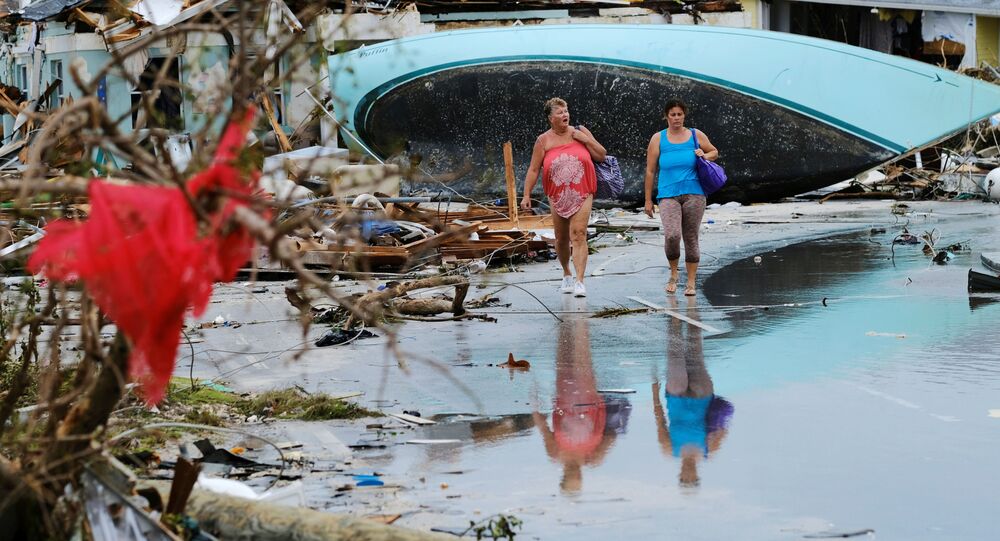 WASHINGTON (Sputnik) - US President Donald Trump told reporters on Monday that his administration is considering granting temporary protection status (TPS) to people from the Bahamas impacted by Hurricane Dorian.

"So we're talking to a lot of different people on that ... but we have to be careful, everybody needs total proper documentation", Trump said.

Earlier on Monday, acting Commissioner of US Customs and Border Protection (CBP) Mark Morgan said the United States has enhanced its resources in the southern state of Florida to help receive hurricane victims from the Bahamas. He also emphasized that CBP is working to ensure people from the Bahamas are properly vetted in order to keep out inadmissible individuals.

TPS is granted to people who cannot safely return to their countries and allows them to stay for a certain period in the United States.

The death toll from Hurricane Dorian in the Bahamas has grown to 43 people and is expected to further increase, Bahamian Prime Minister Hubert Minnis has said.

Trump was reportedly under fire from critics for his controversial response to Hurricane Maria, which devastated Puerto Rico, killing some 3,000 in 2017.