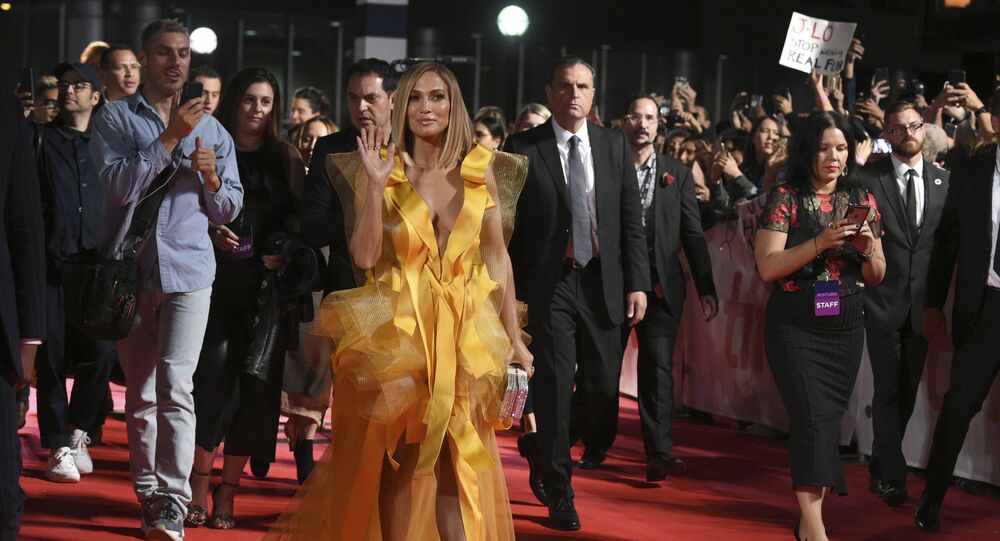 ‘You Have Blood on Your Hands’: Jennifer Lopez Gets Heckled on Red Carpet for Wearing Fur

A group of animal rights campaigners confronted Jennifer Lopez as she hit the red carpet ahead of the gala presentation of a new film featuring her ever-young body in a fur coat.

J Lo was posing for photos at the Toronto International Film Festival while the hecklers were belting out: “Shame on you, JLo, for wearing fur!” and “Stop wearing fur!”

At one point, an activist dropped a banner on the red carpet that read, “J Lo Stop Wearing Real Fur”. A staffer was quick to clean up the mess.

The singer/actress was there on Saturday for the world premiere of her latest flick, Hustlers.

​Hustlers is a comedy drama about former strip club workers who get revenge on their Wall Street clients. There is a scene in the movie in which J Lo is wearing nothing but a bikini and a fur coat (it's not clear, however, whether it was real fur or not).

The 50-year-old pop diva is a big fan of fur – and has already faced a backlash from animal rights advocates over her fashion choice.

In 2011, PETA’s Senior Vice President Dan Mathews launched a verbal attack on J Lo after she posed for Vanity Fair in an Arctic fox pelt.

“Maybe the real story behind their breakup is that Marc Anthony left because he couldn’t stand looking into her morgue of a closet.”