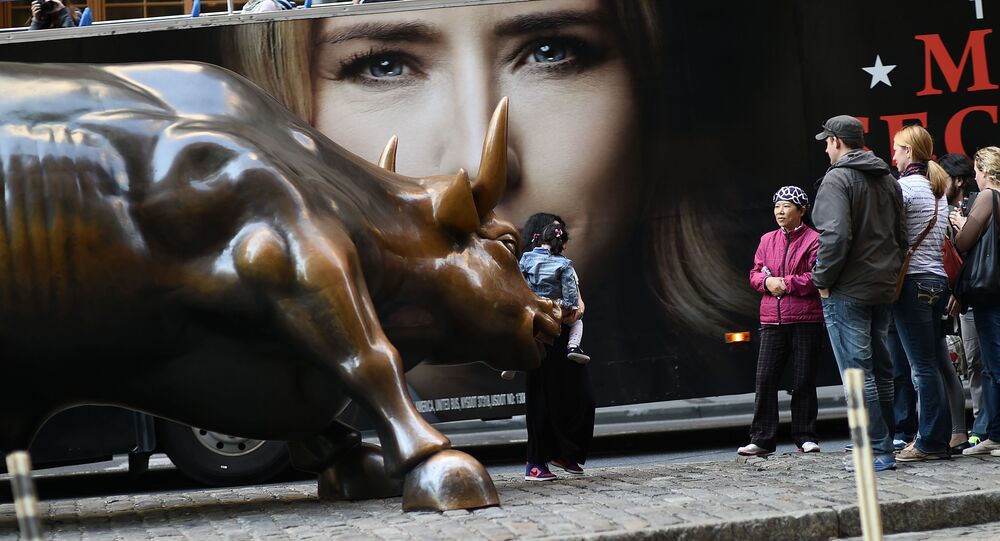 The attacker was identified as Tevon Varlack of Dallas, Texas, and he has been charged with disorderly conduct, criminal mischief and criminal possession of a weapon.

An iconic Charging Bull statue in Lower Manhattan, NYC, was allegedly vandalised on Saturday by a 42-year-old who smashed his banjo against the bull's head and horns.

According to the New York Police Department, the man approached a popular tourist attraction and hit the statue at 12:30 p.m. on Saturday. The sculpture was left with scratches and breaks around its right horn.

​The suspect was identified as Tevon Varlack from Dallas, Texas, and he was was charged with criminal mischief, criminal possession of a weapon and disorderly conduct.

Charging Bull, also known as the Wall Street Bull, is a bronze sculpture that was created by Italian artist Arturo Di Modica in 1989. Di Modica illegally dropped the sculpture outside the New York Stock Exchange as a gift to America and wanted the bull to inspire other people to be strong in the face of hardship.