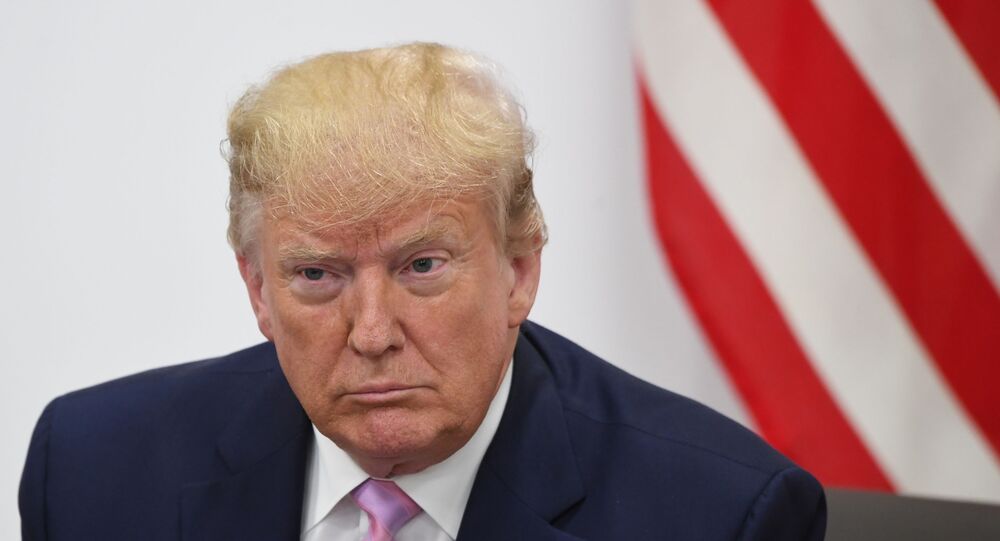 Earlier, White House doctor Sean Conley touted US President Donald Trump’s “very good health,” and claimed that it is likely to remain good "for the duration of his presidency, and beyond”.

US President Donald Trump's mental state remains one of the main headaches for his aides and confidants, because “no one knows what to expect from him anymore,” Business Insider has cited unnamed White House sources as saying.

“His mood changes from one minute to the next based on some headline or tweet, and the next thing you know his entire schedule gets tossed out the window because he's losing his s***,” one of the sources claimed.

The sources argued that presidential advisers are especially concerned over Trump’s persistent refusal to acknowledge that a tweet that he recently sent to claim that Alabama would be hit by Hurricane Dorian was false.

“People are used to the president saying things that aren't true, but this Alabama stuff is another story. This was the president sending out patently false information about a national-emergency situation as it was unfolding,” one source argued.

Trump earlier sparked controversy after he displayed a map in the Oval Office showing Hurricane Dorian making its way up the East Coast. However, the storm’s path was extended with a sharpie to include Alabama, though the National Hurricane Centre’s projections did not show the state was in the storm's route.

Trump slammed the media for fact-checking him on the claim, bemoaning the fact that “this nonsense has never happened to another President” and citing “four days of corrupt reporting, still without an apology.”

When asked why Trump is so addicted to the matter instead of focusing on the states that are in real danger due to the hurricane, the source added, “you should ask a psychiatrist about that; I'm not sure I'm qualified to comment.”

....Instead it turned North and went up the coast, where it continues now. In the one model through Florida, the Great State of Alabama would have been hit or grazed. In the path it took, no. Read my FULL FEMA statement. What I said was accurate! All Fake News in order to demean!

They were echoed by one more source who argued that Trump’s public statements were “nothing compared to what he's like behind closed doors."

“He's like a bull seeing red. There's just no getting through to him, and you can kiss your plans for the day goodbye because you're basically stuck looking after a 4-year-old now,” the source claimed.

Both the White House and Trump have repeatedly denied that he has any health-related problems referring to results of multiple medical examinations.

Earlier this year, White House doctor Sean Conley concluded that Trump is in "very good health and that he anticipates that the US President “will remain so for the duration of his presidency, and beyond.”

Conley also noted in a statement that during the four-hour long physical Trump “did not undergo any procedures requiring sedation or anesthesia.” Last year, the attending physician noted that POTUS had “incredibly good genes” and was in “excellent health.”