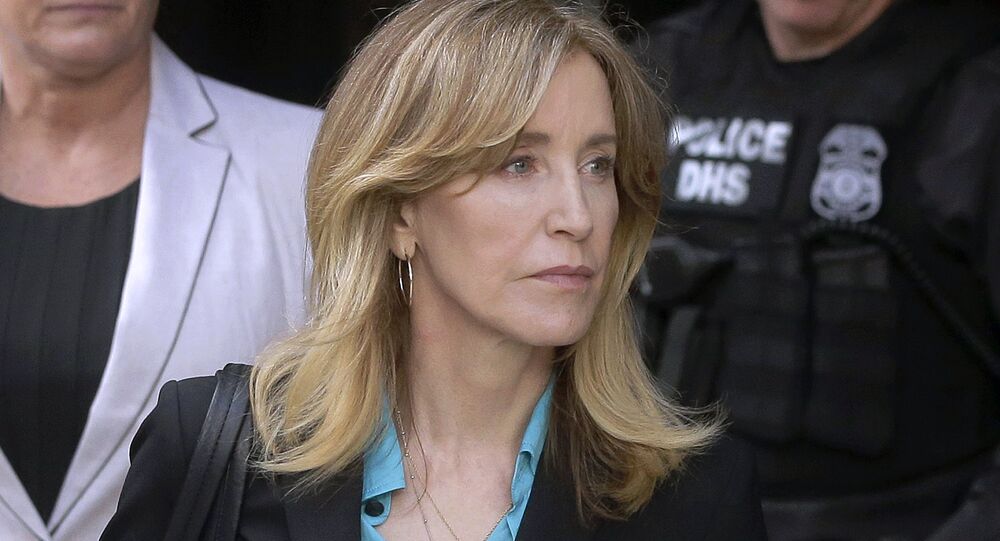 Actress Felicity Huffman wrote a pleading letter to a federal judge in a last-ditch effort to avoid time behind bars for conspiring with college-admissions fixer Rick Singer, with her husband and TV co-star penning letters for her as well.

All three wrote letters to Boston Judge Indira Talwani, claiming Huffman’s role in the scandal has tortured her — and that she’s a victim in the entire process. In her letter, Huffman wrote she started working with Singer because her daughters both have learning disabilities, and one of them attended a “very underfunded” public high school that had just one college counsellor, arguing that she’s struggled with motherhood and worried for her children’s sake.

“I find Motherhood bewildering. From the moment, my children were born I worried that they got me as a Mother. I so desperately wanted to do it right and was so deathly afraid of doing it wrong,” she claimed, apologizing for her role in the scheme, saying that it “haunted her.”

In his letter, Macy claimed his wife’s arrest has tortured their family, and scrutiny from the press has forced her to rarely leave their house.

“Felicity has borne the brunt of this,” Macy wrote of his wife. He also complained about paparazzi outside her home. He added that a college his daughter planned to attend pulled her application when news of the scandal — and his wife’s arrest — broke.

“She flew to the school two days after her mom’s arrest for the final selections. When she landed, the school emailed her withdrawing their invitation to audition. She called us from the airport in hysterics, begging us to ‘do something, please, please do something,'” he added.

Longoria wrote that Huffman took her under her wing while they both acted on “Desperate Housewives,” arguing Huffman was “the only white woman in the room helping me improve the lives” of children in the Latino community by supporting various charities. However, she didn’t write anything referring to the scandal aside from Huffman’s characteristics.

Huffman is set to be sentenced 13 September. Federal prosecutors want her to serve a month behind bars and pay a $20,000 fine for her role in the scheme. She is accused of paying $15,000 for her daughter’s SAT answers to be corrected as part of a college-admission cheating ring created by Singer.