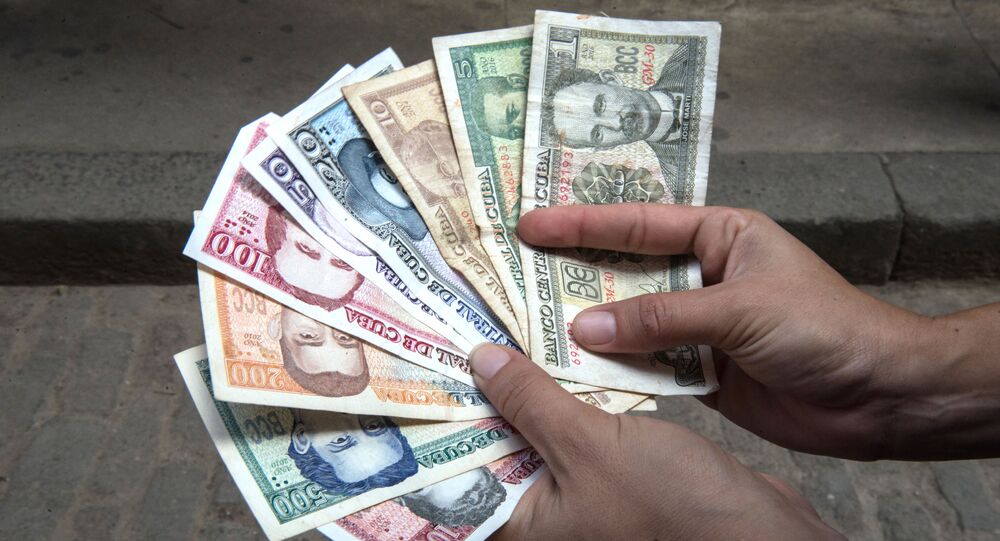 WASHINGTON (Sputnik) – Remittances to Cubans from relatives outside the island nation will be limited to $1,000 every three months and banned for Cubans subject to US sanctions, the Treasury Department said in a press release on Friday.

"Through these regulatory amendments, Treasury is denying Cuba access to hard currency, and we are curbing the Cuban government’s bad behaviour while continuing to support the long-suffering people of Cuba," the release said.

The new regulations place a cap of $1,000 US dollars per quarter that one remitter can send to one Cuban national, and prohibit remittances to close family members that have been sanctioned by the US government, the release said.

In addition, remittances to members of the Cuban Communist Party are prohibited under the new rules, it said.

The US is also prohibiting certain funds transfers originating and terminating outside the United States, commonly known as "U-turn" transactions, according to the release.

At the same time,  the department is taking unspecified actions to ease restrictions on remittances to self-employed Cubans who operate outside of the government-controlled economy, the release said.

President Donald Trump has dismantled efforts by the Obama administration to open economic ties with Cuba, with steps such as imposing new limits on American tourists seeking to visit the island.