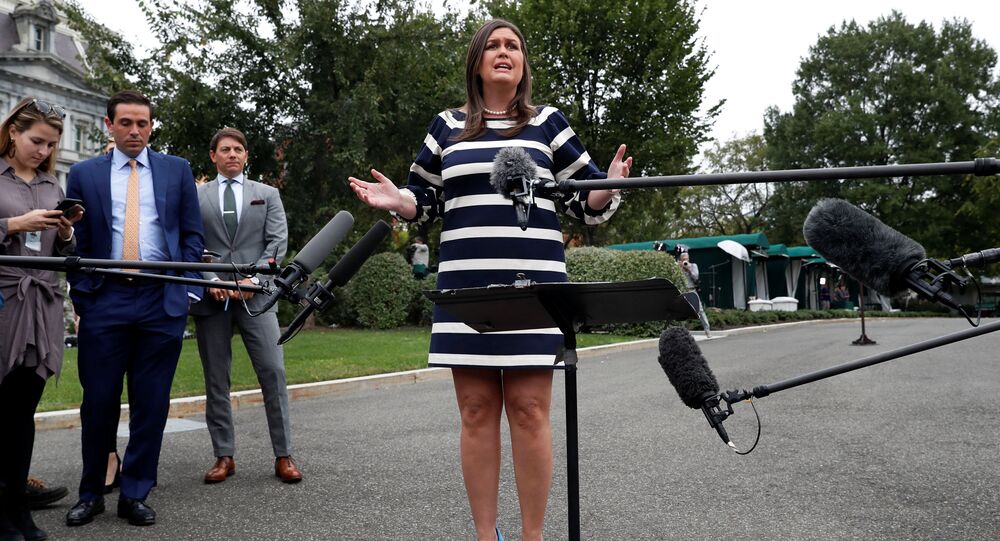 Sputnik’s previous report about Sanders’ book deal following her July departure from office was confirmed Thursday, as St. Martin’s Press announced they had secured a deal to publish her currently untitled memoir.

“From Arkansas to the White House and back, I’m excited to tell my story about the challenges of being a working mom at the highest level of American politics, and my role in the historic fight raging between the Trump administration and its critics for the future of our country,” the married mother of three told the Associated Press in a statement.

Being that the book is currently missing an eye-catching title, many helpful netizens offered their opinions on what the future Fox News contributor should name her memoir.

The Art Of Gaslighting pic.twitter.com/PZGfmXb5b1

Crime and No Punishment

“It Was A Joke, People...”
- by Sarah Huckabee Sanders

Smoke Gets in Your Lies

"Cashing In: The Inside Story that Respects the Extensive NDAs I've Signed"

The publication of the Mueller Report in April 2019 revealed that Sanders admitted to federal investigators that she made false statements to the public while serving as White House press secretary from July 26, 2017, to July 1, 2019.

Even prior to the report, Sanders’ half-truths to the public were put on blast by comedian and former “Daily Show” correspondent Michelle Wolf during the 2018 White House Correspondents' Dinner.

"I like Sarah. I think she's really resourceful. She burns facts and uses the ash to create a perfect smokey eye. Maybe she's born with it; maybe it's lies," Wolf said of the press secretary.

The book, along with her new website, have fueled rumors that Sanders is planning to run for office in her home state of Arkansas and is allegedly eyeing her father’s former position as governor.