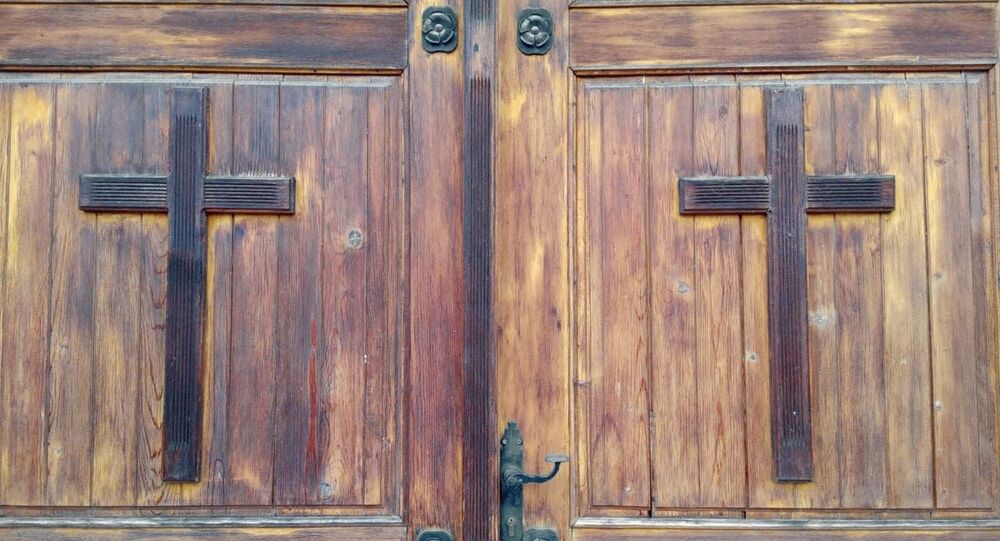 Ex-Followers Accuse Pastor of Abuse, Making Them Talk About Sexual Sins in Detail for Hours

Michael and Pam Rozell managed to run not only a ministry at a ranch in Montana, but also a fast-food chain where their disciples, seeking salvation, are said to have worked for less than minimum wage. According to the most recent tax records, their activities brought them $5 million in 2016 alone.

Former interns, staff members, and missionaries from Potter’s Field Ministry, which was run by preachers and founders of a multimillion-dollar empire Michael and Pam Rozell, have told The Daily Beast that they had to deal with aggression, verbal abuse, poor living conditions, and long hours of working almost for free.

According to the former follower, cited by the US outlet, he also “disregarded the relationship between a pastor and his church members”, sharing what another girl told him about her sex life and asking her if this “sin was normal for little girls”.

The Rozells’ empire included not only an Evangelical Christian ranch, but also a missionary programme, which cost salvation seekers thousands of dollars, and a fast-food chain called MudMan. Although they started as a struggling couple, with Pam being a former actress and Michael an-ex regional marketing director of a Wall Street firm, as their memoir book says, they rose to prosperity and made $5 million in 2016, according to The Daily Beast, citing their tax records.

The couple had reportedly made more than 200 appearances across the country by 2019, not only sharing testimonies but also selling pottery, CDs, and merchandise. At the same time, the so-called interns were supposed to fulfil various tasks around the ranch, living in an old farm house with little heat, only a few mattresses, and rats.

The conditions during missions abroad were hardly better, as one of the interns, Sonesta Josephsen, said, noting that the “compounds” for workers had no air conditioning or hot water.

After the missions, some were reportedly put to work in the burger chain, founded by the pastor. However, according to former interns, cited by the outlet, they received less than minimum wage and worked 60 to 80-hour weeks, in addition to ministry commitments.

The Calvary Chapel Association, affiliated with the ministry, removed the Rozells’ ranch from its pastor list in 2019 over allegations about their training and methods, and the couple stepped down as ministry leaders. However, as The Daily Beast points out, they are still named as board members even though the ministry has a new CEO, Pastor Rob McCoy – who is also the mayor of the Californian town Thousand Oaks. McCoy has hired an auditor to look into the allegations. The Montana Attorney General’s Office has declined to comment apart from saying that they are “aware of the issue”.

Meanwhile, local law firms are gathering information from former members and staffers, planning to take legal action. According to one of them, Edminston & Colton, more than 100 individuals have spoken up, revealing allegations ranging from “violations in work laws to sexual harassment and sexual assault”.

Pastor Defends Prayer for Trump: 'I Obey God's Command to Pray for President'