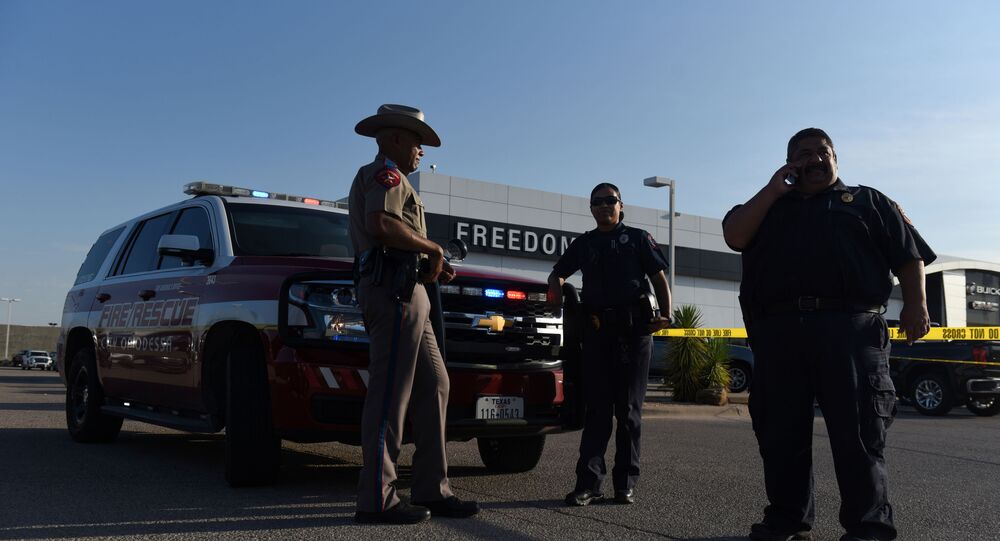 Texas authorities baffled by Saturday's shooting rampage cannot put an explanation as to why a man with a military-grade AR-style assault rifle opened fire during a routine traffic stop in West Texas, beginning a terrifying murder spree that killed seven, injured 22 and ended with officers gunning him down outside a local movie theater as bystanders ran for their lives, AP reported Sunday.

Law enforcement officials identified the shooter as Seth Ator, who records show is 36 years old, AP said, citing officials on a condition of anonymity because they are not authorized to discuss the matter publicly.

Texas authorities say that those killed were between the ages of 15 and 57 years old but did not immediately provide a list of names. The injured include three law enforcement officers, AP reported.

The killer reportedly acted alone, AP said. According to the Federal Bureau of Investigation (FBI), the gunman had no known ties to any terrorist group.

Odessa Police Chief Michael Gerke during a televised news conference refused to state the name of the gunman. Gerke said, however, there were still no answers as to the shooter's motives.

The shooting began when Texas state troopers tried pulling over a gold car on Saturday afternoon for failing to signal a left turn. Before the vehicle came to a complete stop, the driver "pointed a rifle toward the rear window of his car and fired several shots" toward the patrol car stopping him. The gunshots struck one of two troopers inside the patrol car after which the gunman fled and continued shooting at people on the street, Texas Department of Public Safety spokeswoman Katherine Cesinger said, cited by AP.

Initially, police reported two shooters in two separate vehicles, but later it was revealed that there was only one shooter. The shooter was gunned down in the US city of Odessa.

Earlier this month, a gunman killed 22 and wounded over 20 when he opened fire with a military-grade assault rifle in a Walmart in a shopping center in El Paso, Texas.

Death Toll in Odessa-Midland Shooting in Texas Rises to Seven