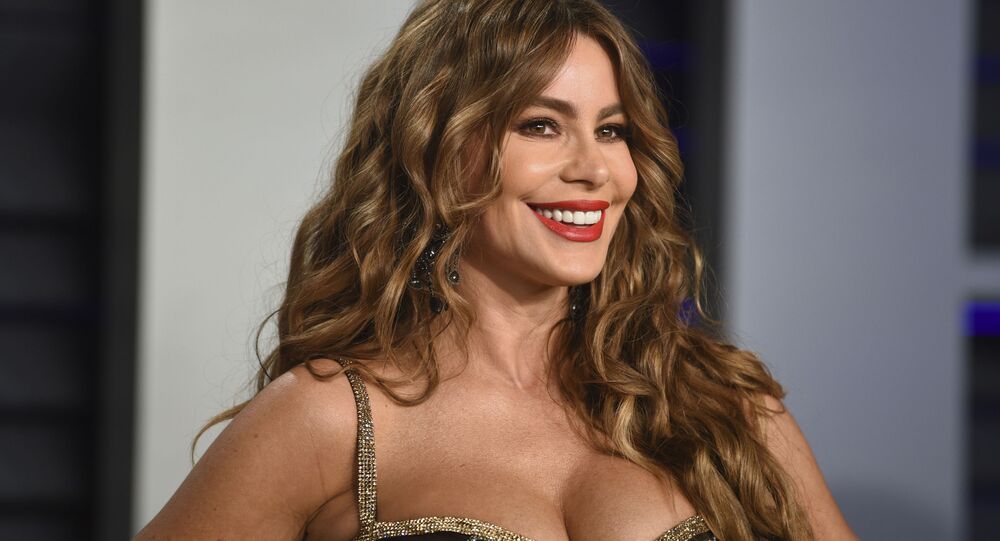 Authorities in several eastern coastal states have declared a state of emergency and are preparing for evacuations as a potentially disastrous hurricane is expected to hit the US. The storm ended Vergara’s vacation at a luxurious hideaway home on a Caribbean island.

Colombian-American actress and model Sofia Vergara was criticised for what some people deemed 'arrogance' and 'insensitivity' after she revealed her escape from Hurricane Dorian by private jet.

Vergara, 47, has been posting photos from a trip to her beach-side vacation home at some undisclosed location in the Caribbean, Casa Chipi Chipi. She recently uploaded a photo with girlfriends in white ensembles, holding drinks, with the playful caption, “Waiting for Dorian”.

But the actress appeared to have left the tropical wonderland for Los Angeles on Friday, posting a picture from inside a private jet plane.

However, a number of users deemed the photo emotionally tone-deaf, saying it was a poor decision to post the photo at a time when thousands of people don’t have the privilege to be able to flee the impending storm.

A woman wrote: “I sit wondering if I will have to evacuate and will my pets be safe will I have electricity soon after the storm and will everything in my fridge have to be thrown away and I have to spend my money to replace. Very insensitive.”

“The insensitivity and arrogance of the rich never ceases to amaze. I'm glad her fans are calling her out on it. Bet she'll be deleting this picture shortly,” another commenter said.

“One may be in a position to flee while others can’t. Staying humble about it would have been classier,” one comment read.

Some people, however, accused the critics of being jealous and argued that Vergara was entitled to use her resources.

Hurricane Dorian, now a Category 4 tropical storm (the second-strongest category), is set to hit the northern Bahamas this weekend, potentially devastating the islands with peak winds of 150 mph, just 7 mph shy of Category 5 status. Mandatory evacuations began on Saturday on the northern shore and low-lying islands, with most major resorts shutting down.

Earlier projections had Dorian pummelling Florida, but its track later shifted to the coasts of Georgia and the Carolinas. Authorities in both North and South Carolina have also declared a state of emergency, though evacuations have not yet been ordered because of uncertainty over the storm’s path. A state of emergency has been issued in Georgia’s coastal counties.