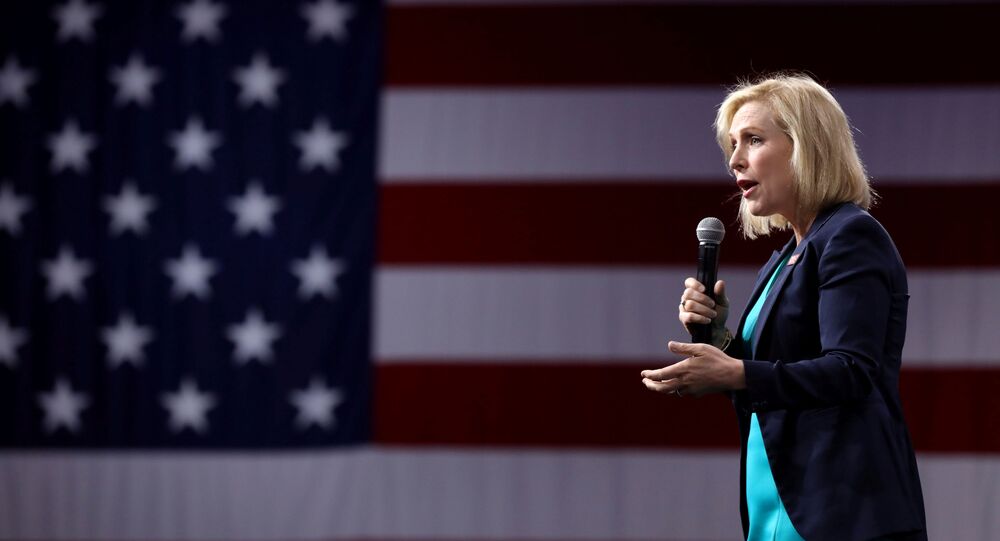 US Presidential Candidate Kirsten Gillibrand Drops Out of 2020 Race

Democratic Senator Kirsten Gillibrand of New York announced Wednesday afternoon that she would withdraw herself from the Democratic primary for the 2020 presidential election.

The senator's withdrawal from the races comes hours after it was announced that she did not meet the deadline for the third round of Democratic presidential debates run by the Democratic National Committee (DNC).

Gillibrand's campaign highlighted issues of women's rights, working families and the exposure of what white privilege means in the US.

Despite her left-leaning views today, prior to joining the US Senate in 2009 to fill the spot of then-US Secretary of State Hillary Clinton, Gillibrand was a viewed as a more centrist, middle-ground Democrat.

Though she has yet to endorse a candidate, the senator told the New York Times that she believes it's time for a woman to hold the nation's top office.

“I think that women have a unique ability to bring people together and heal this country,” Gillibrand said Wednesday. “I think a woman nominee would be inspiring and exciting.”

US President Donald Trump responded to the news of Gillibrand dropping out of the 2020 presidential race, saying on Twitter that it's a "sad day for the Democrats."

​During her months-long run, the New York senator received backlash from individuals such as Hungarian-American financier George Soros for her 2017 calls for then-Senator Al Franken to immediately resign following allegations of sexual misconducts. Critics asserted that Franken should have been given the chance to go through the appropriate legal avenues before stepping down.

To qualify for the DNC's September 13 debate in Houston, Texas, candidates were required to have at least 2% support in four or more DNC-approved polls between June 28 and August 28, at least 130,000 unique donors, with 400 unique donors in at least 20 states.

Last week, Washington state Governor Jay Inslee also announced that he would be withdrawing from the 2020 presidential race.