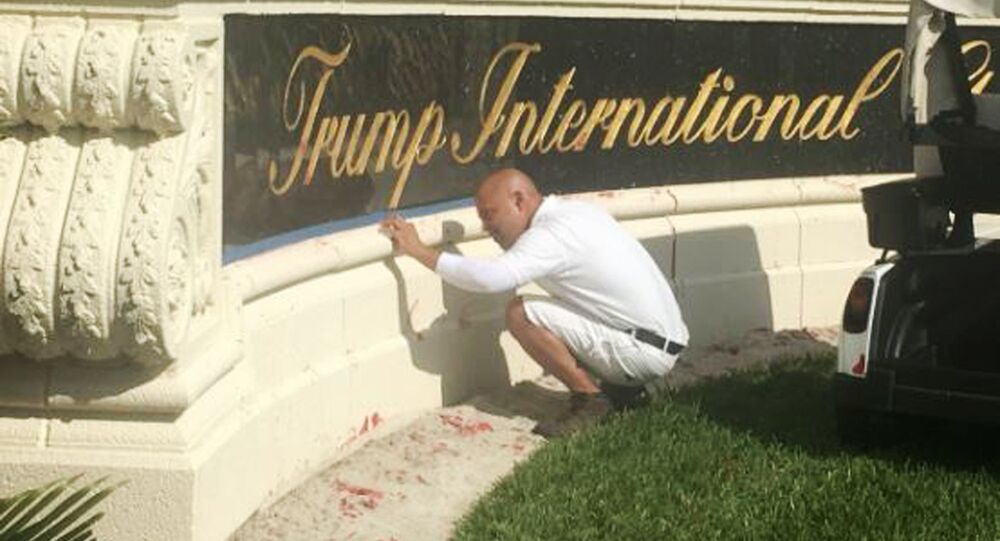 US President Donald Trump on Monday used a bilateral meeting with German Chancellor Angela Merkel to highlight the advantages of the Trump National Doral golf resort in Florida, which he touted as a contender venue for next year’s G7 summit.

US President Donald Trump has emphatically refuted rumours of bedbugs at the Trump National Doral Miami, a golf resort and hotel, a day after he suggested that his property was a leading contender to host the G7 summit next year.
Trump took to Twitter to write:

"No bedbugs at Doral. The Radical Left Democrats, upon hearing that the perfectly located (for the next G-7) Doral National MIAMI was under consideration for the next G-7, spread that false and nasty rumor. Not nice!"

No bedbugs at Doral. The Radical Left Democrats, upon hearing that the perfectly located (for the next G-7) Doral National MIAMI was under consideration for the next G-7, spread that false and nasty rumor. Not nice!

​On 26 August at a bilateral meeting with German Chancellor Angela Merkel the US president raised the possibility of using the Trump National Doral golf resort in Florida as a likely location for next year’s G7 summit.

Trump claimed his advisers have searched the nation and decided the most suitable spot for the 2020 summit, reported The Washington Post.

“They went to places all over the country, and they came back and they said, 'This is where we’d like to be'. It’s not about me. It’s about getting the right location".

Trump enumerated the resort's various advantages, as he emphasised that foreign delegations could each have their own buildings; that it had “very big, great conference rooms”, “tremendous acreage” and was in close proximity to the Miami International Airport.

Trump also said he did not believe he would make money off the event.

“I don’t want to make money. I don’t care about making money", he said.

Donald Trump’s comments, however, reignited interest on Twitter in reports of an old lawsuit against the resort:

Here's the copy of the original bedbugs complaint filed by Eric Linder in 2016 against Trump's Doral resort. The resort eventually reached a confidential settlement with Linder. pic.twitter.com/9N3V1CbzZp

The man claimed that after staying at the Jack Nicklaus villa in March 2016 he woke up with dozens of bites.

The Trump Organization denied the allegation, without going into detail, wrote The Post, and settled the case in 2017.

No one believes a word the that radical left or the fake news media says anymore. They have lost absolutely all credibility.

One of the greatest achievements of President Trump is exposing the bought and sold media!

They are Fake News! Doral would be PERFECT!

​Some users took to memes:

They're included for free as part of the total Doral experience

Captured bed bugs are a prized delicacy in the restaurant's Soup du Jour.