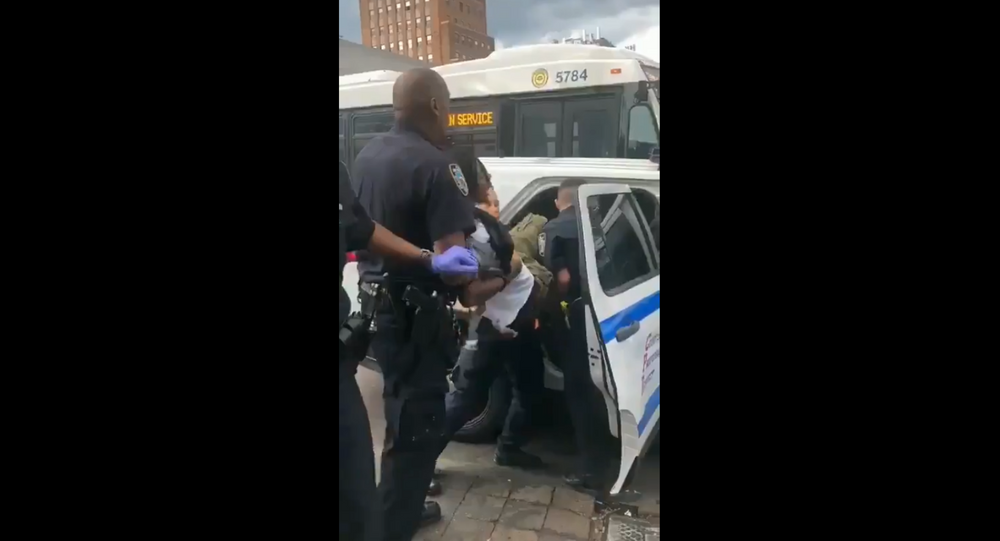 Video shared on social media, and later widely disseminated by New York State Assemblyman Mike Reilly, shows at least three officers appearing to lift the unidentified, handcuffed individual into the back of a police cruiser.

“I ain’t got to get inside no car,” the man adds as officers are seen lifting his legs into the cruiser. He later yells out, “Leave me the f**k alone,” before local residents chime in on the situation, asking officers to call an ambulance to transport the arrestee since officers were unable to place him inside the back of the cruiser.

The video cuts off as officers continue to converse with concerned residents.

Speaking to the Washington Examiner, Reilly said that it’s clear that residents were outraged over the manner in which officers handled the situation. “In that video, you hear the public who were filming it. They actually said, ‘Call him an ambulance.’ They all realize that isn't what's supposed to be done there. He is physically resisting getting put into a police car," he said.

"So the arrest has not been fully effective at that time. The person is in custody, but he can’t be transported from there,” the assemblyman explained.

It’s unclear why the individual was arrested; however, social media reports suggest he was taken into custody as a robbery suspect.