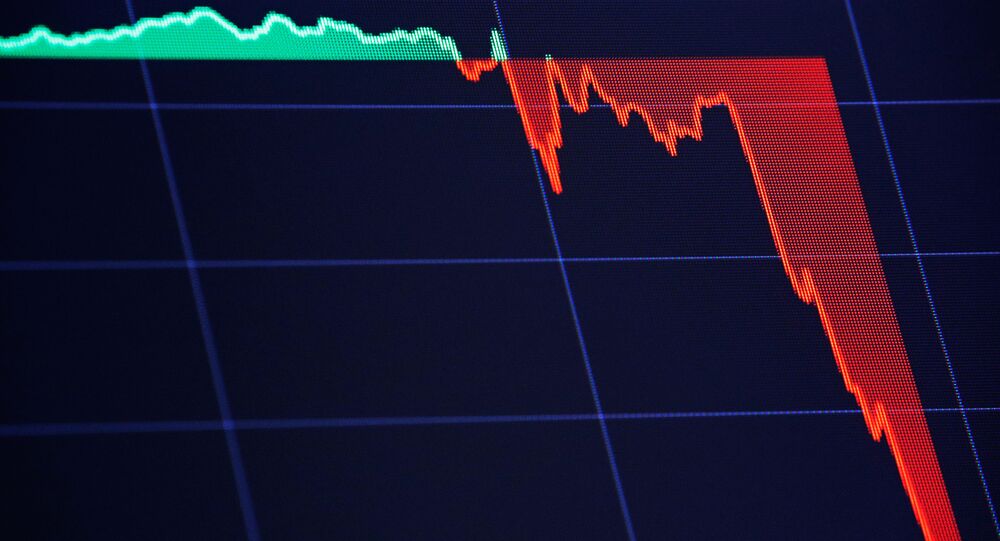 The US president, who has long accused China of cyber-enabled espionage and IP theft, has demanded the exodus of American companies from Chinese soil – but observers are calling the idea “unrealistic”.

Donald Trump’s decision to order American companies via Twitter to find markets other than China was met with many sneers and jabs, but the US president insists he has the power to issue such instructions.

On Friday, Trump tweeted that he “hereby ordered” the companies to quit doing business in China and relocate their production to the United States.

“We don't need China and, frankly, would be far better off without them,” he wrote.

“Our great American companies are hereby ordered to immediately start looking for an alternative to China, including bringing your companies home and making your products in the USA.”

His move has unnerved investors, causing a rapid dive in stocks and oil prices.

But many are questioning whether Trump has the tools to take legal action and compel private companies to stop operations in China.

Democrat Rep. Adam Schiff, who heads the House Intelligence Committee, quipped: “As long as we are claiming constitutional powers we don't have, I hereby order the President to stop tweeting.”

As long as we are claiming constitutional powers we don't have, I hereby order the President to stop tweeting.

The hashtag #Ihearbyorder quickly started trending on Twitter, with users demanding all kinds of things – sometimes even unrelated to Trump.

#IHearbyOrder the abolishment of the electoral college and replace it with the popular vote.

As it is ordered - so shall it be done.

#IherebyOrder all trump supporters and @GOP to be remanded for deprogramming. Effective immediately!

#IHerebyOrder the 2016 be nullified, along with every action he’s taken, and this tragic charade not be allowed to continue to destroy a once great nation.

“The idea that companies will just come back to the US is unrealistic,” a spokesperson for the National Retail Federation told BuzzFeed. “Retailers and other importers could not easily or quickly switch to domestic sources, because they do not exist on the scale that would be needed. Even if there were to be an eventual switch to US sourcing, it would take years to build up a base to support it.”

The president appears to have some tools at hand. He could further hike tariffs, for instance, making it no longer worthwhile for American companies to stay in the Chinese market, or ban them from bidding on federal contracts if they do business in China.

An option Trump mentioned was the declaration of a national emergency under a 1977 law, which authorises the US president to block transactions and freeze assets in response to “any unusual and extraordinary threat to the United States”.

His “order” came hours after Beijing announced tit-for-tat tariffs on around $75bn worth of US goods, such as agricultural products and crude oil, and renewed punitive duties on US imports of automobiles and automobile parts.

The Chinese Commerce Ministry explained that the decision to go ahead with extra duties was “forced by the US's unilateralism and protectionism.” It came in response to Trump’s plans to impose 10 per cent tariffs on another $300 billion worth of Chinese products.

It became another round in the year-long trade war between Washington and Beijing, started by Donald Trump in a bid to fix the trade deficit which he said hurts US manufacturing.

Response From US Industries

But American manufacturers have aired their concerns over how the trade war has been unfolding so far.

“Instead of making America great again, the president is using tariffs to make a great economic mistake – again,” the group said in a statement on Friday. “How much longer will our families, companies and economy be forced to bear the financial burden of this misguided trade policy?”

The Alliance of Automobile Manufacturers – a leading advocacy group that lobbies for automakers such as BMW Group, Ford Motor Company and General Motors Company – said the new tariffs are “unfortunate for consumers and the entire auto sector”.

The Association of Global Automakers, a trade association representing 14 international manufacturers, including Honda, Toyota, and Nissan, described the tariffs as “damaging to the American auto industry”.

The group’s CEO said: “When these tariffs were initially imposed by China in 2017, American exports of finished vehicles dropped by 50%. We can’t let that happen to American workers again. If those tariffs go back into effect and remain in effect, American jobs are at risk. There’s no question about that.”