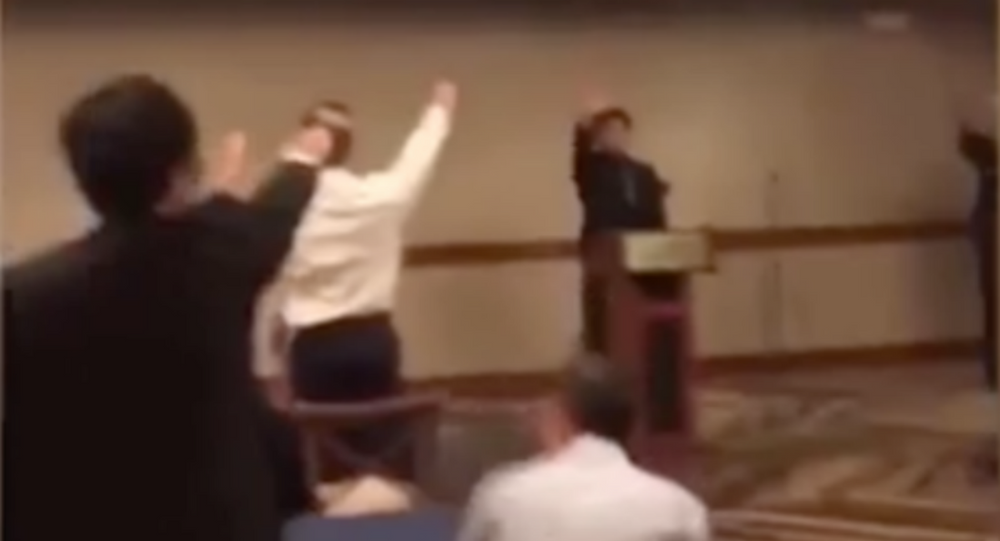 The video surfaced in March showing high school students brandishing Hitler salutes and singing a Nazi marching anthem. The footage was taken in November and was discovered by employees of the high school prompting backlash from the community.

A High School in Southern California reportedly reopened an inquiry into a video showing students giving Nazi salutes on Wednesday after further unspecified footage came out, as reported by the Guardian.

The Garden Grove school district in Orange County announced it's fresh probe on Tuesday evening prior to calling a school board meeting surrounding public anger of a footage showing students conducting Nazi salutes and singing a Nazi German anthem at an event which surfaced in March.

Officials have received "new allegations, new photos and video ... and new claims that have led us to reopen and widen the scope of the investigation."

The new footage reportedly shows displays of the students carrying German and Confederate flags, according to reports by ABC news.

The video was first published by The Daily Beast and it shows an off-campus student athletics banquet event, with seemingly no teacher or adult supervision, doing Nazi salutes and singed a Nazi-era anthem.

Following the students sharing it on social media, the video was discovered by school officials in March.

The district issue a statement saying that they "addressed the situation with all students and families involved."

A further school meeting was held on Tuesday to address the high school's covering-up of the salute video, where parents and teachers voiced their anger at the school.

"How are we to battle (extremist ideology) if we aren't even made aware of it?" said Randy Steiner, a parent of a Pacifica High student.

Pacifica history teacher Ana Tourtellotte said: "Not being able to both directly and publicly confront this sort of behavior makes us feel like we were robbed of a significant teaching opportunity. And frankly, it made us feel like fools"

"The obscure nature of the song, the premeditated nature of the act, as well as the response taken by our institution suggests the need for a systemic look at our school and district culture, and I fear it's not an isolated incident" she added.

This is not the incident where high school students from Orange County were caught using Nazi insignia and celebrations.

Newport-Mesa Unified school district students were also found in March to be playing beer pong with the cups organised into the shape of a swastika.