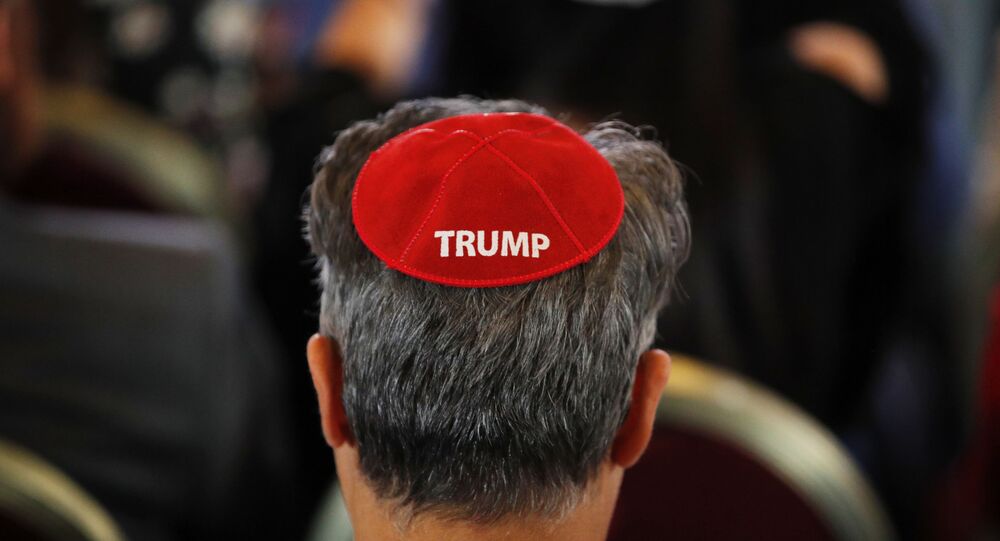 The statement comes after US Muslim Congresswomen Rashida Tlaib and Ilhan Omar were banned from visiting Israel last Thursday because of their support for the Boycott, Divestment and Sanctions (BDS) movement against the Jewish state.

Senator Bernie Sanders, presidential hopeful for 2020 US elections, has commented on President Donald Trump criticising all those Jewish people in the US who vote for for Democrats.

“I am a proud Jewish person, and I have no concerns about voting Democratic. And in fact, I intend to vote for a Jewish man to become the next president of the United States”, Sanders told a rally in Iowa on Wednesday.

The statement comes after Trump lashed out at American Jews who “vote for a Democrat”, which he claimed “shows either a total lack of knowledge or great disloyalty”.

“Where has the Democratic Party gone? Where have they gone when they are defending these two people over the state of Israel? I can’t even believe we’re having this conversation!” Trump said.

Referring to last week’s decision by Tel Aviv to bar two Muslim Congresswomen, Rashida Tlaib and Ilhan Omar, from entering the Jewish state, Trump applauded the move and called on them to ban Alexandria Ocasio-Cortez and Ayanna Pressley as well. Like Tlaib and Omar, they also endorse the Boycott, Divestment and Sanctions (BDS) movement against the Jewish state.

Trump’s remarks came after he tweeted last Thursday that “it would show great weakness” if Tel Aviv allows Omar and Tlaib to visit the country, claiming that the two women “hate Israel and hate the Jewish people”.

It would show great weakness if Israel allowed Rep. Omar and Rep. Tlaib to visit. They hate Israel & all Jewish people, & there is nothing that can be said or done to change their minds. Minnesota and Michigan will have a hard time putting them back in office. They are a disgrace!

Shortly after, Israeli Deputy Foreign Minister Tzipi Hotovely told Reshet Radio that Israel had decided to ban Omar and Tlaib from visiting Israel due to their support for the pro-Palestinian BDS movement.

Earlier, media reported that the Congresswomen planned a trip to Israel on 18-22 August to visit divided Jerusalem as well as the Palestinian cities of Bethlehem, Ramallah and Hebron.

A spate of Democrats, including 2020 hopefuls Sanders and Warren, as well as House Speaker Nancy Pelosi, denounced Israel’s decision to ban Omar and Tlaib, which was also criticised by several major US-based pro-Israel organisations.

Referring to Trump remarks on the matter, the Jewish Democratic Council of America’s executive director Halie Sofer said in an interview with The Hill, “if this is about Israel, then Trump is repeating a dual loyalty claim, which is a form of anti-Semitism. If this is about Jews being ‘loyal’ to him, then Trump needs a reality check.”

While Anti-Defamation League CEO Jonathan Greenblatt warned against “using Jews as a political football”, the Republican Jewish Coalition praised Trump’s words and claimed that he is “right”.

President Trump is right, it shows a great deal of disloyalty to oneself to defend a party that protects/emboldens people that hate you for your religion. The @GOP, when rarely confronted w/anti-Semitism of elected members always acts swiftly and decisively to punish and remove. https://t.co/mEBgd84qkf

Israel's Ambassador to the US, for his part, insisted the decision had nothing to do with President Trump and that Omar and Tlaib were barred from visiting Israel because of their support for the BDS movement, in line with a 2017 law authorising the government to prevent foreigners promoting a boycott of Israel from entering the country.

Ilhan Omar Says US Should Reconsider Aid to Israel