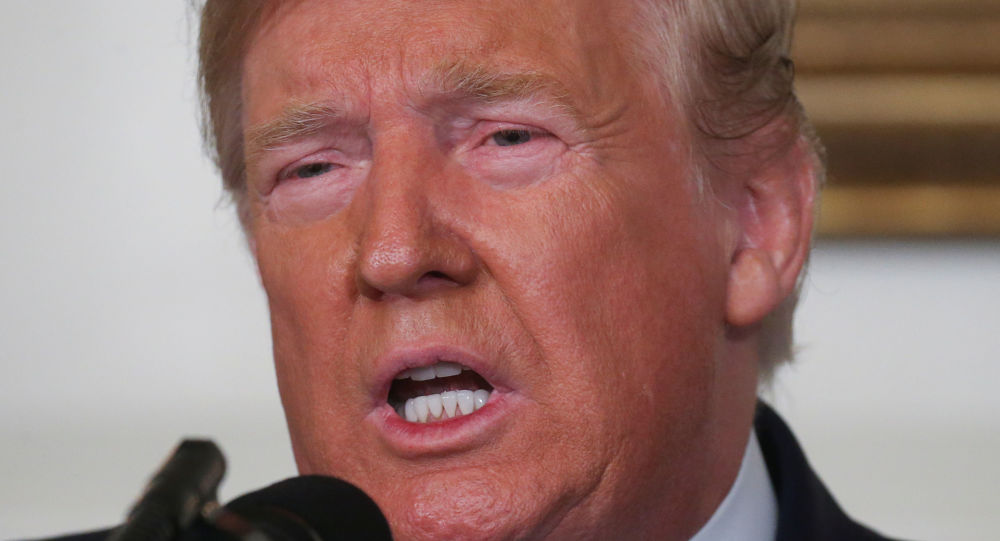 President Trump tore into Rep. Rashida Tlaib on Tuesday for her emotional press conference alongside Rep. Ilhan Omar in which they condemned Israel for blocking a planned trip, calling the Michigan congresswoman an anti-Semite.

Referencing recent conversations with her Palestinian grandmother, whom she had planned to visit before deciding she did not want to abide by Israel's restrictions, Tlaib choked up and got emotional during her Monday conference: “She said I’m her dream manifested. I’m her free bird so why would I come back and be caged and bow down?” She also urged Congress to “conduct oversight” regarding US aid to Israel as Tlaib decried the conditions her Palestinian relatives live under.

The US President, however, remained sceptical, saying that he has “watched her violence, craziness and, most importantly, WORDS, for far too long” in his twitter account, and called her an anti-Semite, while also mentioning other members of the Squad:

Sorry, I don’t buy Rep. Tlaib’s tears. I have watched her violence, craziness and, most importantly, WORDS, for far too long. Now tears? She hates Israel and all Jewish people. She is an anti-Semite. She and her 3 friends are the new face of the Democrat Party. Live with it!

Earlier Trump also tore into Alexandria Ocasio-Cortez and US Congresswomen Ayanna Pressley, Rashida Tlaib, and Ilhan Omar — "AOC plus 4" — after the four lawmakers criticized Israeli Prime Minister Benjamin Netanyahu over Tel Aviv's entry ban for Tlaib and Omar. Trump earlier suggested that Ocasio-Cortez was jealous of the media attention Tlaib and Ilhan were receiving in light of Israel's ban.

House Democrats want to take action against Israel because it is fighting back against two (maybe four) people that have said unthinkably bad things about it & the Israeli people. Dems have such disdain for Israel! What happened? AOC Plus 4 is the new face of the Democrat Party!

On Thursday, Tel Aviv said Tlaib and US Congresswoman Ilhan Omar, who were due to visit the country next week, were barred from entry because of their support for a Palestinian-led boycott movement. The Netanyahu government said it would still allow Tlaib, who is Palestinian-American, to enter the country to visit her grandmother if she filed a humanitarian request. Tlaib initially filed a request and said that she would not vocalize her support for the boycott, divestment and sanctions movement against Israel while in the region, yet reversed course a day later after speaking with her family, recounting how her grandmother refers to Tlaib as “her free bird.”

Israel is one of the biggest recipients of US foreign aid, according to the Congressional Research Service. The US and Israeli governments signed a new 10-year memorandum of understanding in 2016, with the US pledging to provide $38 billion in military aid to Israel that runs through fiscal year 2028.