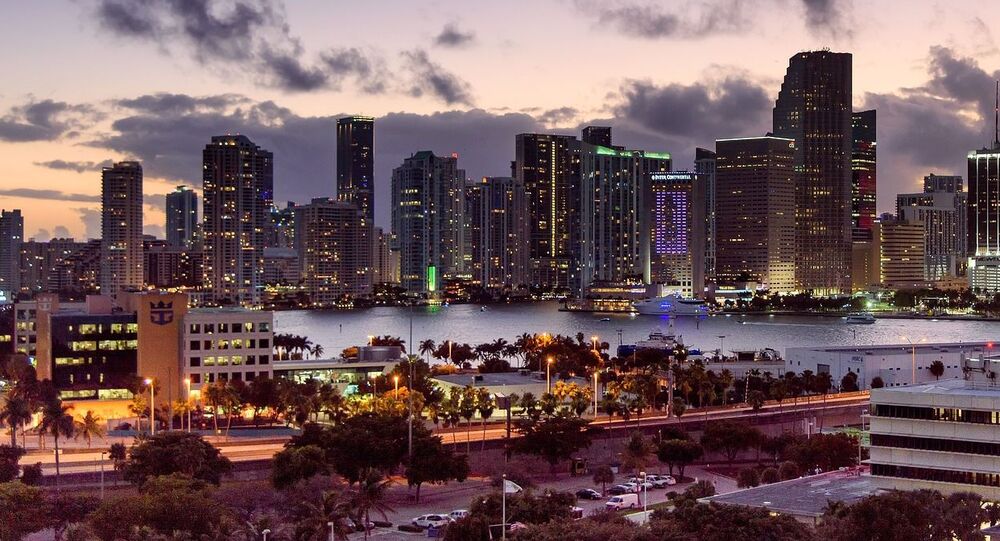 A 35-year-old man has been arrested and placed behind bars in the US state of Washington on a charge of interstate transmission of threatening communication.

On Friday, Maryland native Eric Lin was arrested in Seattle, Washington, after a federal warrant was issued concerning his alleged attempts to carry out acts of domestic terrorism against Hispanics and “other racial and ethnic groups,” according to the affidavit.

The court document says Florida’s Miami Police Department contacted the FBI on July 24, 2019, after receiving a report from a local woman, identified as “C.I.,” who says she received a number of threatening messages from two Facebook accounts she believes were run by Lin.

According to the woman, who was born in Spain and now works at a restaurant in Miami, Lin made used both accounts to threaten the lives of her and her family members.

“In 3 short years your entire Race your entire culture will Perish only then after I kill your S**c family Iwill I permit you to Die by Hanging on Metal Wire [sic],” read one of the messages allegedly sent by Lin to C.I.

Lin’s alleged Facebook accounts contain a number of references to US President Donald Trump and pro-Adolf Hitler quotes, images and references to the Nazi genocide of Jewish people.

"By the authority of ADOLF HITLER AND GOD I HEREBY DECLARE SPANISH AND ALL SPANISH-SPEAKING PEOPLE ILLEGAL," one of the accounts wrote to C.I. on July 9, according to the affidavit.

An additional search warrant for the Facebook accounts showed that one sent direct messages to user “C.R.” on July 10, 2019, asking them to “beat up this S**c who insulted me” in exchange for a single payment of $10,000. C.R. then responded, “Sure pay me first PayPal or Zelle [sic].”

It would take Lin approximately two days to respond, but he then wanted more to happen.

“The Plan is you and Mara convince her that you are Rich White Americans people she looks up to. And then get her into a Rented House or Mansion and then chain her up and put her in a Rubber made Plastic Bin. Then you go to Drive her to Seattle Washington upon which I will pay you $25,000 cash. You don’t need to kill her her hurt her so at most you will be charged with Kidnapping. Nothing will happen to you if you get the Right lawyers She’s a S**c who Hates White Americans...I doubt the FBI would care much about her [sic],” read the message, according to the affidavit.

The same day, the account added, “I don’t care if I have to pay you a Million Dollars or More I want this Done!”

Despite his assumption about the concerns of the FBI, agents were able to arrest Lin before his request could be carried out. Though the Maryland native was scheduled to appear in court on Monday, Lin has yet to enter a plea.

NBC Miami reported Tuesday that Lin will have a bail hearing next week.