A federal civil rights lawsuit was filed Sunday against Texas’ Pearland Independent School District and three of its administrators who opted earlier this year to use a black permanent marker to fill in a seventh grade student’s hair.

The lawsuit, which was filed by parents Dante Trice and Angela Washington, states that their son, solely identified as J.T., was in seventh grade when school officials accused the 13-year-old student of violating the school’s dress code with his haircut. The suit specifically names Berry Miller Junior High School Principal Tony Barcelona, discipline clerk Helen Day and instructor Jeanette Peterson.

"The haircut did not depict anything violent, gang-related, obscene or otherwise offensive or inappropriate in any manner. J.T. did not believe the haircut violated any school policy," the lawsuit reads. The student received the new cut, which was described as a “fade haircut with a design line,” on April 16. He was pulled aside at school the following day by then-Assistant Principal Barcelona.

The minor was later given the option to either receive disciplinary action or have the design colored in with a marker. Having never been in trouble with school officials and not wanting this incident to jeopardize his spot on the school track team or land him in trouble with his parents, the youth “under great duress” decided to go with the marker. Despite the school having the contact information of the teen’s parents, they were not phoned regarding the incident. 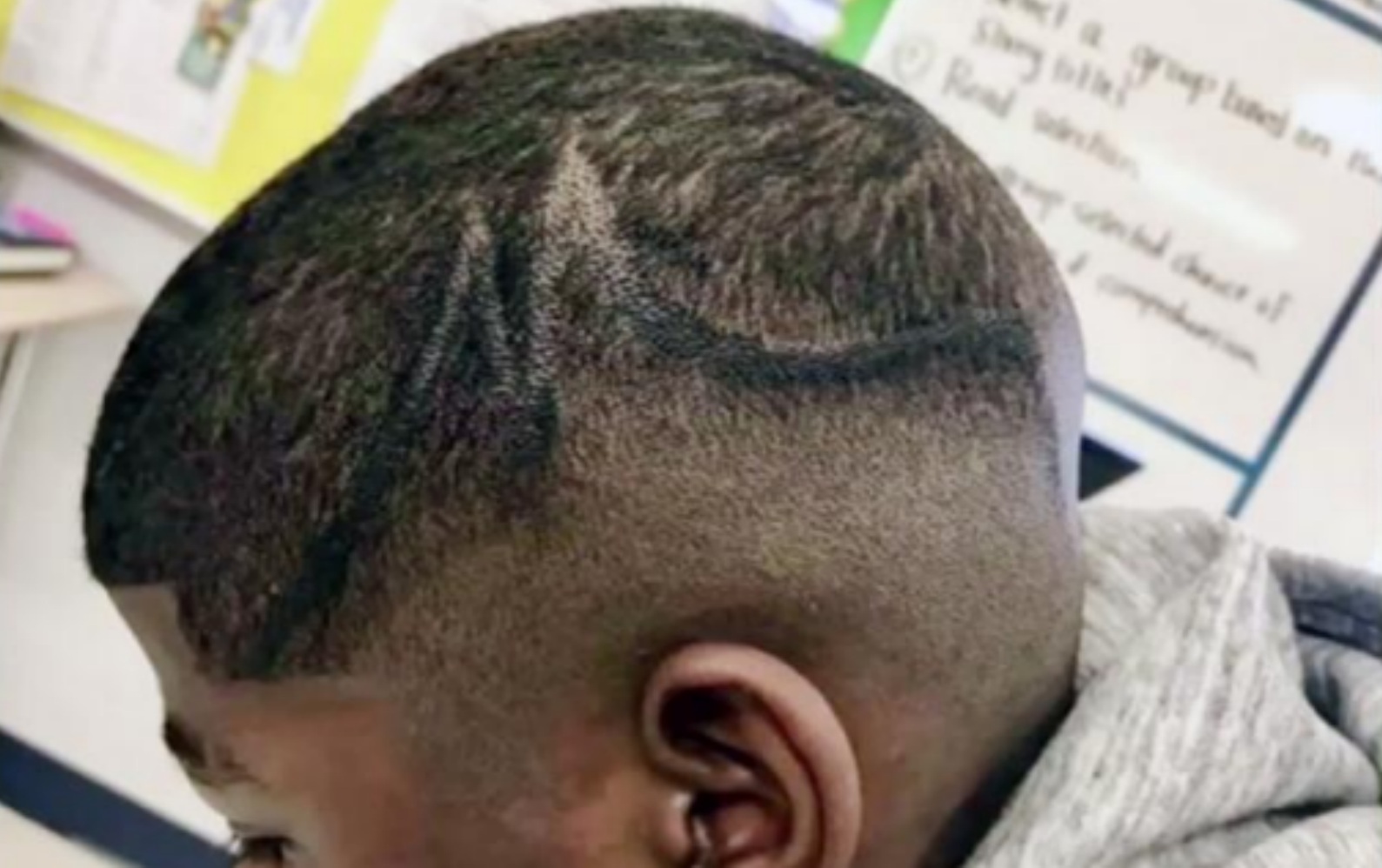 Courtesy of the US District Court for the Southern District of Texas Galveston Division
Parents file lawsuit against Texas school district and three administrators after school officials used a black marker to fill in a student's hair fade design. Image shows the black Sharpie markings on the minor's scalp.

"The jet-black markings did not cover the haircut design line, but made the design more prominent and such was obvious to those present at the very beginning of the scalp blackening process," the suit states, noting that all three school administrators were reportedly laughing throughout the process.

Days went by before the markings completely washed off of the teen’s scalp. The suit goes on to state that the incident also caused the minor to suffer from anxiety and depression as a result of fellow schoolmates teasing him.

The latest development comes after months of emails and phone calls made by Washington to the school went unanswered.

In a statement to NBC News, the school district noted that “filling in the shape of the hair carving with a marker … is not condoned by the district and does not align with appropriate measures for dress code violations.” The statement further noted that the administrator who “mishandled” the disciplinary action was placed on administrative leave; however, officials did not specify which of the involved parties was suspended.

After the incident, an updated dress code for the district was announced in May 2019. It states that any prior restrictions on hairstyles and “carvings” have been lifted.

The teen’s family is seeking monetary damages in addition to requesting that district employees receive training on such matters.