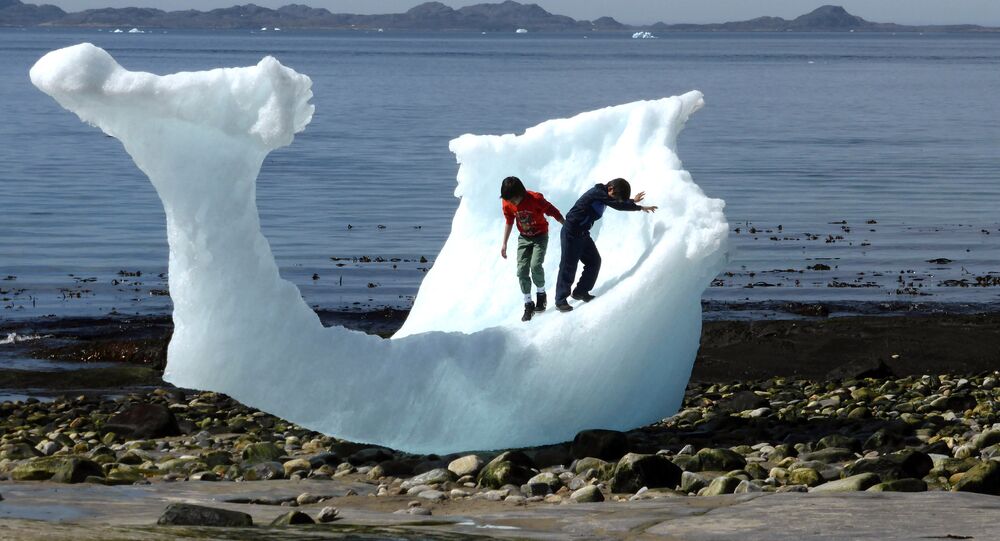 A recent report that the US president is eyeing purchasing the world’s largest island, which belongs to Denmark, has sent social media into a frenzy. According to The Wall Street Journal, Greenland’s untapped natural resources and good strategic position have interested Donald Trump, who has been vocal about his own business savvy.

“Denmark owns Greenland. Denmark is an ally. Greenland is a strategic place. They’ve got a lot of valuable minerals. I don’t wanna predict outcome, I’m just saying that the president, who knows a thing or two about buying real estate, wants to take a look”, Kudlow told Fox News Sunday.

​The revelations have prompted a new social media storm around Greenland. Many have argued that one cannot buy something which is not up for sale.

Evidently not the most important part of real estate, the property has to be on the market.

Is that what Greenland is - real estate? Why don't we just purchase Denmark instead. It's smaller and hardly prime real estate in Europe ...and should be a lot cheaper.

​Others chose to trash Trump, suggesting that his knowledge of the real estate business might be less impressive than his aide might think.

Please remind @larry_kudlow ( You won't cuz you're Fox) that Trump went bankrupt several times buying real estate. It was so bad that banks wdn't loan him $$, so he had to, er, um, look elsewhere *cough* like to Russia, et al...to get the funding! But hey they're just facts!

And he knows a thing or six about bankruptcy.

​Some chose to attack Kudlow, implying that he did not sound sober.

He sounds like he had a three martini brunch before coming on.

​Greenland, a key Danish territory that is rich in mineral resources and hydrocarbons, shot to Twitter trends on Thursday after The Wall Street Journal reported, citing sources in the White House, that Trump had inquired about the possibility of purchasing the island "with varying degrees of seriousness" and listened keenly to his advisers discussing the territory's "abundant resources and geopolitical importance".

While some advisers have reportedly supported Trump's idea as economically attractive, others have voiced the belief that this is just a "fleeting fascination" of the president that is unlikely to materialise. A source told The Wall Street Journal that Trump could just be joking to indicate that he considers himself to be powerful enough to make such a purchase.

The report comes just weeks ahead of Donald Trump’s first trip to Denmark, scheduled for early September, which is said to be unrelated to the idea.

Before Kudlow spoke up, neither the State Department nor the White House had commented on the speculation. At the same time, politicians in Denmark have reacted with disbelief to reports that Donald Trump had set his sights on buying Greenland. They insist that the world's largest island is not for sale.