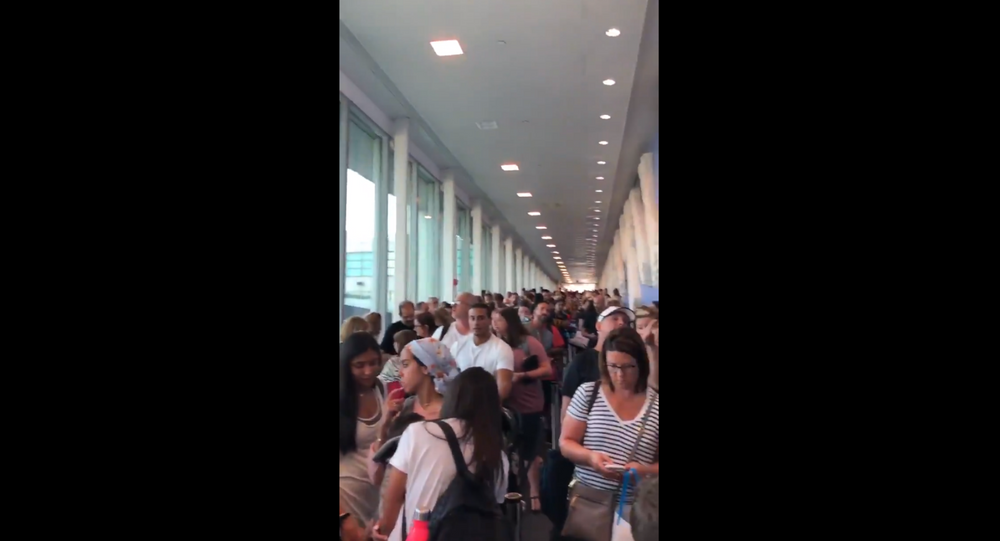 An unidentified computer issue caused a massive string of US Customs delays at airports across the nation for more than two hours.

Following over two hours of delays at airports around the US, CBP announced in a Friday evening tweet that their relevant systems are back online and added that they have no reason to believe the bug was malicious.

The affected systems are coming back online and travelers are being processed. CBP will continue to monitor the incident. There is no indication the disruption was malicious in nature at this time.

California's Los Angeles International Airport (LAX) confirmed that the US Customs systems used for processing passengers are "slowly getting back to normal."

.@CBP systems are slowly getting back to normal and officers have processed the majority of waiting passengers at LAX with no significant impacts to flights. Thank you for your patience.

An announcement earlier Friday afternoon from the Dulles International Airport (IAD) in Virginia noted that US Customs was working to diagnose an issue with computers that is responsible for a series of delays at airports across the US.

@CBPSoutheast @Dulles_Airport Hundreds of passengers stranded in customs at IAD due to “computer problems”. Nothing is moving. Very frustrating. pic.twitter.com/MBVo9da7no

A US Customs and Border Protection (CBP) spokesman told ABC7 that authorities were aware of the various reports concerning the department's systems and are currently looking into the issues.

CBP officers are working to process travelers as quickly as possible while maintaining the highest levels of security.

.@CBP systems are experiencing an issue which appears to be impacting multiple airports including LAX. Officers are processing passengers manually so please check with your airline for the latest status of any flight impacts. More details as they become available.

A number of social media users have recorded their own, or reposted other individuals', perspectives from the backed-up lines at various airports in the US.

#HeadsUp
US Customs at JFK Airport in NYC is down. Long lines are forming. pic.twitter.com/ycNfO7aFcp

Here’s a better perspective of the customs line at JFK. People are growing frustrated. Nothing like landing after a 10 hour flight to this. pic.twitter.com/WrEUsoJhbH

"People are being processed but slower," John F. Kennedy International Airport responded to one customer. The New York airport also told another traveler that agents had begun using their "backup system" of "processing passengers manually."

It's unclear how long the repair of the US Customs system will take. Airports have urged passengers to contact their specific airlines with questions concerning flight times and future travel arrangements.