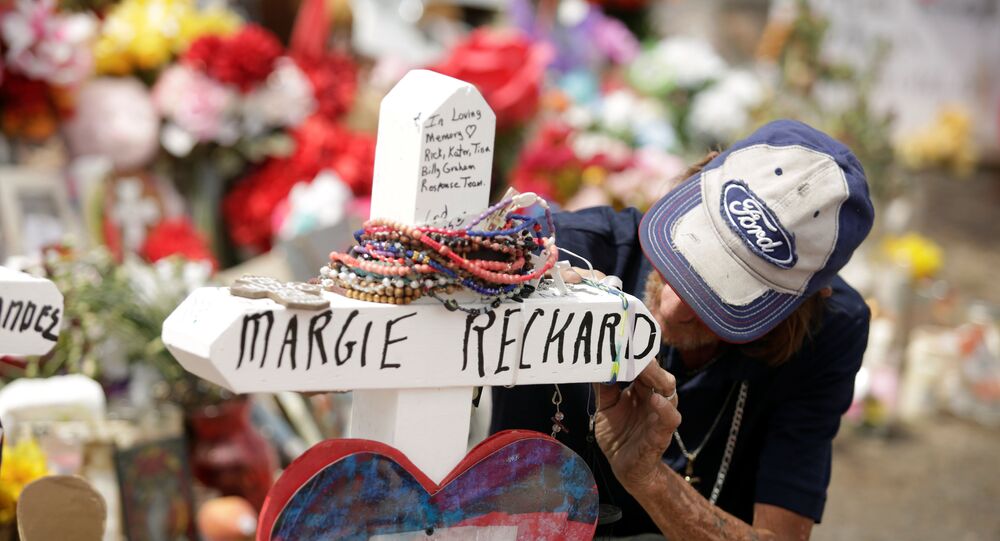 Days after Antonio Basco put out an open invitation to the funeral of his wife Margie Reckard, a victim of the El Paso, Texas, mass shooting earlier this month, hundreds of individuals across the US RSVP’d to the service.

Basco, who had no family other than his wife of 22 years, filed the invitation on Tuesday through the El Paso-based Perches Funeral Home. The devastated husband put out the open invitation over concerns that he would be only one present at the service, since the pair only had each other.

His invitation went viral, and dozens upon dozens of responses started trickling in, soon swelling into the hundreds. Those unable to attend in person opted to make their presence known by having cards of condolences and flower arrangements sent to the viewing and funeral services.

Harrison Johnson, the director of the funeral home, told local news station KVIA that he estimates anywhere between 400 and 500 flower arrangements will be on display for the Friday service.

On a tribute wall launched on Perches’ website, concerned individuals voiced their condolences and discussed how Basco’s story touched them.

“I am sending you my deepest prayers. I am here in Cedar Rapids, Iowa and I just saw your interview and the amazing love you had for your wife. This story really touched my heart and brought me to tears. My love and prayers are with you,” reads one post.

Another reads: “Mr. Basco- We in Arizona are so very sorry for your loss. We are praying with you and for you from all the way over here in AZ. Much peace and God’s love surround you and your beautiful Margie. Love your Arizona family.”

Hundreds of posts on the site follow along similar lines.

A GoFundMe fundraiser has even been launched for Basco. Its goal was a low $1,000 when it was initially launched on August 7, four days after a lone gunman entered an El Paso Walmart and killed 22 shoppers. In the days since, more than 900 donors have donated funds totaling more than $25,000.

As a result of the overwhelming support from the El Paso community and abroad, Reckard’s service has since been relocated to a larger venue. The visitation and prayer service is due to start Friday at 6 p.m. local time at La Paz Faith. The funeral will take place on Saturday at Restlawn Cemetery at 9 a.m. local time.