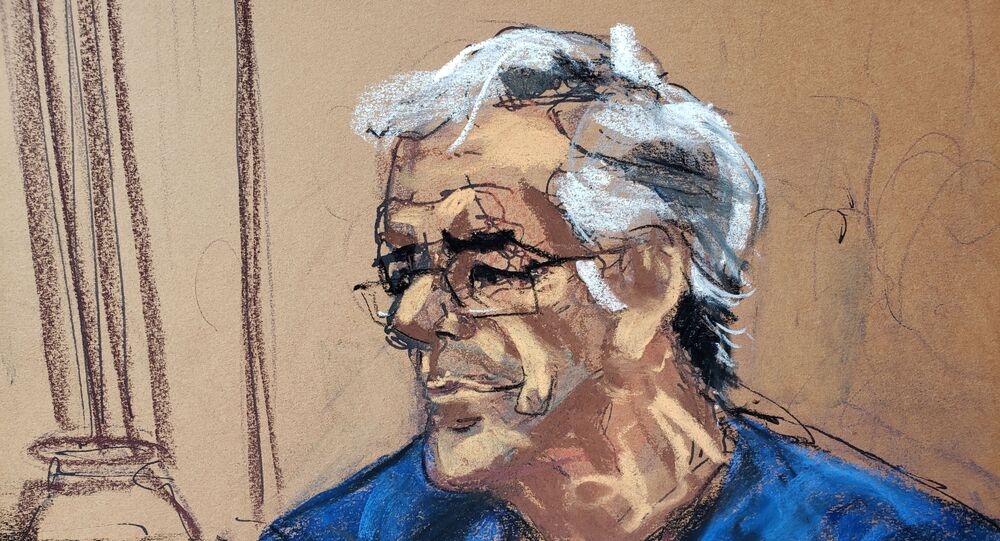 Igor Zinoviev, 53, a former professional UFC fighter who reportedly worked for the accused sex trafficker Jeffrey Epstein for several years, believes his former boss recruited someone to help him with his apparent suicide in jail, New York Magazine reported Wendesday.

When asked by New York Magazine reporter whether "somebody helped" Epstein kill himself, Zinoviev replied "Yeah". However, Zinoviev declined to clarify and rebuffed the reporter's question as to why someone would help Epstein by saying, "Listen, you know, that’s going a little too deep".

Zinoviev also told the US-based media outlet that during his work for Epstein, he flew with him to his residences on New York's Upper East Side and in the Virgin Islands.

The former MMA fighter found the pedophile financier a nice person as he first met him. "I never heard anything from him that, let’s say, was unproper or rude or something. He was always polite. Always a nice person, basically. He’s always smiling", Zinoviev told New York Magazine.

However, back in 2015, in an earlier, unpublished interview, Zinoviev said that "if I caught him with my daughter or something do that — I’m not going to go to police. I do something else. Much worse", according to New York Magazine.

While the results of Epstein's post-mortem medical examination have yet to be officially announced, The Washington Post has cited unnamed sources as saying that the autopsy revealed that Epstein had several broken bones in his neck.

The sources reportedly claimed that such injuries can happen either to people who hang themselves or to those who are strangled.

Epstein's Saturday death by strangulation has been met with suspicion, as the financier, who is linked to many famous and powerful people, including US Presidents Bill Clinton and Donald Trump, was inexplicably taken off suicide watch, despite reportedly trying to kill himself just weeks earlier.

AP broke the news earlier this week, citing a source who was not authorized to disclose information and spoke on condition of anonymity, that guards at the New York City jail where Epstein died are suspected of falsifying log entries to show they were checking on inmates in Epstein's unit every half hour, when they actually were not.

According to AP, a surveillance video reviewed after Epstein's death showed that guards never made some of the checks noted in the log. Meanwhile, NBC News quoted several unnamed sources as saying that two guards tasked with watching the accused sex trafficker may have been sleeping when he apparently committed suicide in his jail cell. The sources reportedly claimed that one of the guards was working overtime and was not a full-fledged corrections officer.

US President Donald Trump's personal lawyer, Rudy Giuliani, told Fox News on Tuesday that he was familiar with the facility where the convicted sex offender was being held, suggesting, "He could kill himself. Prisoners could kill him, because they don't like alleged perverts ... and don't like people who might cooperate".

In July 2019, Epstein was arrested a second time for allegedly trafficking underage girls for sex. Some of the charges dated back to events that occurred in the 2000s.

Epstein pleaded not guilty to all charges against him but would have faced up to 45 years in prison, had he been convicted.